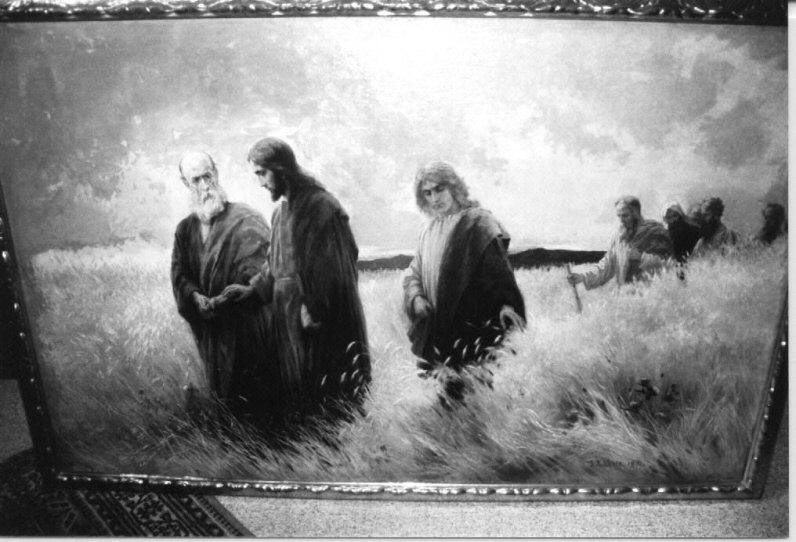 The other day, we had an item concerning a reputedly “miraculous” photo of Jesus and Apostles (primarily “Peter” and, behind Jesus, young “John”) or other followers: a black-and-white photo that, we are told, rang such a chord with famous mystic and seer Maria Esperanza of Venezuela (currently up for beatification) that she kept it in a frame in her bedroom.

This meant something to us, for Maria not only had remarkable intuition but also allegedly saw the Blessed Mother, other saints, and on occasion the Lord Himself, meaning that the photo must have resembled what she herself “saw.” The story, handed down through a priest who is close to the family, was that a woman they had known who had prayed earnestly to know what Jesus actually looked like felt led while visiting the Holy Land (in the 1950s) to have a companion take a photo in the direction of the Jordan River (where of course Christ was baptized, and where He doubtless was on other occasions as well).The photo [above, left] is certainly unique, with a real feeling attendant to it.

It soon came to our attention, however, that there is a painting by a German artist named Johannes Raphael Wehle that is strikingly, even startlingly, similar [versions to the right, as well as below] to the reputed photo. The painting was done around 1900, and one can imagine that a black-and-white photo of it might turn out like the “miraculous” one — albeit with smudges, blurs, and shadows which would cause slight differences with the actual artwork, of which there are various duplications. That wouldn’t mean the photo isn’t anointed but would mean it isn’t “miraculous” in the common use of the word (that is, something that simply appeared on film). Other accounts of the photo, which have been circulating (we learn) for years, have it being taken during the 1970s at Jerusalem’s Western Wall. In this rendition, those in the picture are Jesus, Joseph of Arimathea (since Peter would not have been that old at the time, or perhaps Nicodemus), and Thaddeus. In the artwork, others are in the background (the hand and staff of one visible at the right edge of the photo).

We had concluded that in all likelihood it is indeed a photograph of an oil painting (anointed, and wondrous, now in our own home also, but, seeing the painting, perhaps not entirely miraculous). We’re interested in expert input. There are certainly those who beg to differ, and after a close analysis, one of them, Rich Catti, of Somers, New York, has concluded that the photograph is what has been said: a picture of actual people.

We’ll let him explain, and let you discern:

“Finally, the image [above] believed to be the young Saint John (some have fabricated this is Mary of Magdala, but it is incorrect, as it is clearly of a male, the clothing is of a male and there is no head covering as would be required by women in the time of Our Lord): the image on the left is also clearly a photograph and not an artist’s interpretation as in the image on the right.

[Above[, on the left: a photograph, on the right an oil painting.

“The mystery deepens. The above is a jacket cover for a CD album published by Foundations Bible College. From the CD booklet it states: ‘The cover art for this Foundations recording is from a print in the Anvil House art collection by Johann R. Wehle. The work portrays the disciples following Christ through a wheat field.’

“Let’s compare the ‘miraculous photograph,’ the oil painting and now the third image indicated by the Bible college as a print from the Anvil House art collection.

“Conclusion, the image on the left is clearly a photograph of a living person while the image in the middle and on the right are artists interpretations.

“The same facts hold true for the image of Our Lord. Note the reflection of the sun on the top of His head and on His cheeks in the miraculous photo on the left. The rest of His Face is in shadow in the photograph: the left side of His head and His hair and neck. Notice how both artists illuminate the neck, the left side of the Lord’s head, and his hair in the paintings: both middle and right.

“Conclusion: the image on the left is that of a human being while the central and right images are artists interpretations.

“However, even when the image from the Anvil House collection is adjusted for color saturation, brightness, and contrast, there are significant differences in the central and right images (from the Anvil House painting image) to that of the miraculous photo where tunic is awash in sun light, as are the top of the head and face. The artist in the central and right images (both different photographic manipulations of the Anvil House image) exhibit the full image of hair, eyes, nose and mouth. While artist has some expression of sunlight on the top of the head, no artist paints a human being the way they would appear in a photograph taken of the person outdoors with the sunlight washing their image out the way they would in a photograph.

“In conclusion, the miraculous photograph is not a photograph of either the original Wehle oil painting nor a photograph of the Anvil House image depicted on the cover of the Foundation Bible College music CD.

“Whether the ‘miraculous photo’  is that of Our Lord in the wheat fields I do not know. It is not a photograph of oil paintings or any kind of painting, it is a true photograph of living human beings. Perhaps Johannes Raphael Wehle saw this photograph and from it made his painting, but this is doubtful as most accounts of the miraculous photograph state it was taken either in the 1950’s or 1970’s latest.

“Other websites claim the miraculous photograph is a fake in that it is a photograph of this painting which is a reproduction of the original Dresden painter, Wehle. 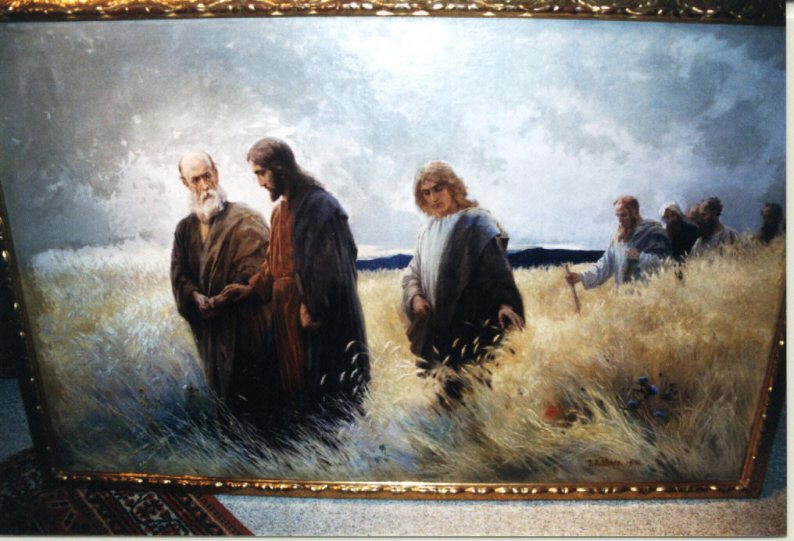 “However we have the same set of problems. On the  left are the miraculous photograph, on the right photographs of the reproduction of the original painting by Wehle.” 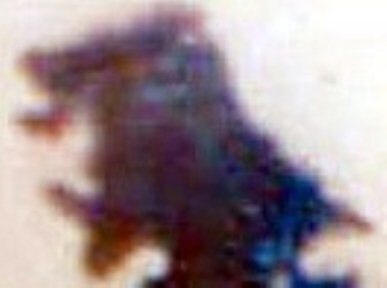 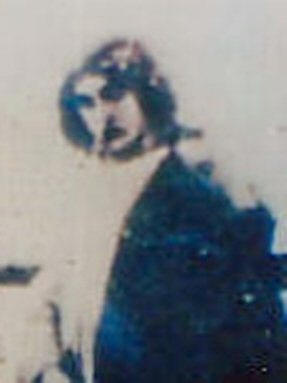 Goodness, with mysticism: never a dull moment. Also, never a simple mystery. We may note that there are different versions of different artwork, and also that certain details, such as the hand with staff of the man leading the small group behind “John,” at the right edge of the photograph, make one contemplate again the possibility that from certain angles a photo of a painting or of a different version may have the aforesaid variances with it.

But if the photo is miraculous (and it does have a very different, special quality about it), might it be that Heaven allowed the image shown to a woman decades ago in the Holy Land to be similar to artwork so as to leave room for faith?