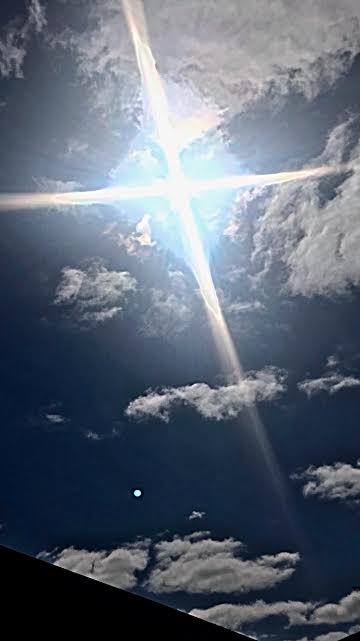 All the talk about epidemics raises the question of its potential prophetic link. Since the time of Moses and the Egyptians, plague has figured into Divine judgment and is a component of purification in other parts of the Old Testament along with the Book of Revelation.

“If then, you act with hostility against Me and are unwilling to obey Me, I will increase the plague on you seven times according to your sins,” says the Lord in Leviticus for those who don’t believe there can be a connection.

Epidemics have occurred in major ways since biblical times, especially during periods — as in the 14th century — when there were other upheavals in nature such as storms, climate swerves, and quakes, along with evil trends in society.

During the 14th century came the first wave of international materialism and high fashion (the vanity mirror was discovered), along with great Church corruption. The Pope relocated to Avignon, France (where strange lights were seen in the sky) and priests were allowed to have mistresses if they paid a stipend to the bishop.

When bubonic fever hit, it wiped out more than a third of the clergy in Avignon.

In case after case, the Blessed Mother appeared in Europe during subsequent decades, promising to quash outbreaks of bubonic fever if the people repented.

“One third of you will die by plague or be consumed by famine among you, one third will fall by the sword around you, and one third I will scatter to every wind, and I will unsheathe a sword behind them,” says Ezekiel 5:12

Of course, the good suffer with the evil and we saw this right after the apparitions at Fatima, Portugal, when two of the seers, Francisco and Jacinta Marto, succumbed to the “Spanish flu,” which struck globally from 1918 to 1920. Estimates indicate that approximately twenty to forty percent of the worldwide population became ill and over twenty million died. Recent genetic tests show it jumped from birds.

In 2001 we reported an interview with Joseph E. McDade, deputy director for the infectious disease at the Centers for Disease Control, who told us, “In the winter of 1997-1998 there was a virus, avian influenza, H5N1, which is found in poultry and had never been associated with humans. If that virus ever acquired the ability for rapid transmission from person to person, if that virus, which mutates very fast, had taken off, there was no underlying immunity anywhere in the world because nobody had ever been exposed to the particular virus strain and there was no vaccine available. The potential was enormous. We dodged a bullet. You can’t think of a scenario more dangerous.”

In all likelihood, avian flu [of a few years back] served more as a warning or precursor than as the specific threat we will face if a pandemic is part of future purification.

Currently there is no approved vaccine against this specific flu virus, but world governments are working to speed the development and production of a vaccine and a $7-billion emergency plan was announced just the other day by President George Bush.

It has been pointed out that the Book of Revelation does say that during the End-Times — if indeed we are in such a period — “a quarter of the earth” will be slain “by war, famine, and plague, and by means of the beasts of the earth” (Revelation 6, 8 ). Might the beasts include birds?

Because epidemics are suddenly news doesn’t mean they will figure into the prophetic, but as a scenario of mass purification, we must ask: Is such an illness in the secrets of Medjugorje?

In Venezuela, seer Maria Esperanza once said that the Blessed Mother had prophesied AIDS to her and said it would be followed by “another sickness.” “There are rare sicknesses emerging that have not been seen before,” warned the famed mystic. “Every day there is a new virus.” 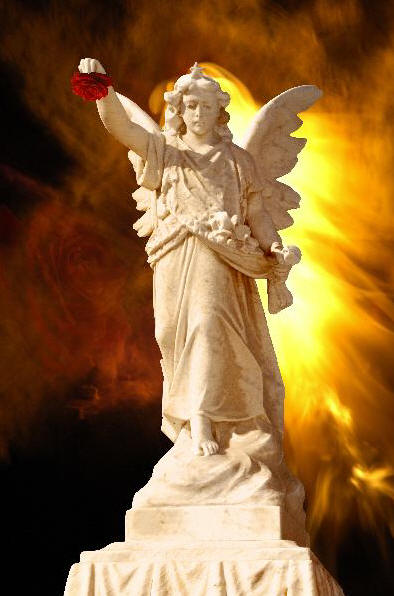 We are in a time of many “tests,” Esperanza often said. What about food shortages? Might they some day figure into major challenges?

Many are the prophecies floating on the internet.

Notes an internet writer named John Vassar: “One prophecy that we have alleges that Our Lady has made a couple of End-Time predictions that are of some concern. End-Time predictions rarely state a specific period, as was actually happened in Jonah’s time: ‘Forty days more and Nineveh will be destroyed’ (Cf. Jonah 3, 4). One part of the one-page prediction says that there will be a food shortage caused by a truck strike in January 2006 due to high fuel prices. The availability of truck diesel fuel will very likely be in shorter supply soon due to our inability to refine enough of it, as opposed to home heating oil for late fall and early winter. I spoke with a friend on Sunday, October 9 who also saw the message, and he feels that such a problem will not result in a strike impacting food.  He is member of the Machinist’s Union and has spoken with some Teamster Union members that he knows.  They explained that food is shipped into Chicago, and most other urban areas, by rail and picked up at central off-loading points and delivered to food stores by Teamsters.  The individual Teamster truck drivers receive an hourly wage, and do not pay for truck fuel – the companies that employ them pay for it.  Independent nonunion trucking companies have the same arrangement with their drivers, and all trucking companies, union and nonunion are presently increasing their delivery charges by adding a variable fuel surcharge. Thus, food will very likely be more expensive in January and during this coming winter, but there should be no shortage of it, with these facts before us.  The more that diesel fuel costs, the higher the delivery surcharge, and conversely. It is important to understand that Holy Scripture equates a ‘day in Heaven as about equal to a thousand years on earth, so that if a heavenly being saw that an event was about to happen in 15 minutes, on the heavenly clock, that occurrence might well translate into more than fifty years on earth. This understanding is especially important when the Blessed Mother refers to something happening ‘soon,’ for example… Our Blessed Mother told [one seer] in October, 1986, that Our Lord will soon send a flu-like illness [upon humanity] that will cause many, many deaths.” “ 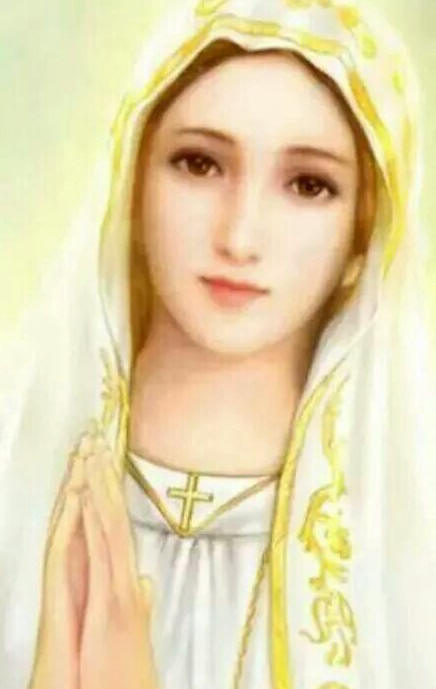 We do hear that word “soon” much, and we are likewise aware both of the need to be very skeptical about time-frames at the same time that we are told (by Scripture) to weigh the prophetic, which, because it is so widely ignored in the Church, has become one of our missions.

Of most controversy is the claim made by some seers that various concoctions can prevent illness. Here we should exercise special prudence.

Some spread recipes for hawthorn tea.

This may be a throwback to an alleged 19th-century mystic named Marie Julie-Jahenny who said she was told on August 5, 1880: “There will be a grave illness which human science will not be able to alleviate. This illness will attack firstly the heart, then the spirit, and at the same time, the tongue. It will be horrible. The heat accompanying it will be a devouring fire insupportable and so intense that the members of the body affected will be red — an unendurable fiery red. At the end of seven days this disease, sown like a seed in the field, will spread everywhere rapidly and make great progress.”

Went on Jahenny: “My children, here is the only remedy which could save you. You are familiar with the Hawthorn which grows practically in all hedges. The leaves of the Hawthorn, not the wood, can arrest the progress of this disease. You will gather the leaves, not the wood. Even dry, they will keep their efficacy. You will put them into boiling water and leave them there for 14 minutes, covering the receptacle so that the steam remains therein. At the onset of this disease, one must use this remedy three times a day.

“This disease will produce a continual vomiting and nausea. If the remedy is taken too late, the part of the body affected will become black and in the black there will be seen a sort of pale, yellow streak.”

Jahenny also claimed there would be “three days of darkness” during which only blessed candles would shed light. The seer said she was told that “the one and only remedy to protect oneself: swallow a piece of very thin paper on which will be written: O JESUS, CONQUEROR OF DEATH, SAVE US. O Crux Ave.”

We thus see the need to discern. Would the Blessed Mother really delve into herbs?

Some claim that Maria Esperanza herself recommended a tea made of Hawthorn leaves after predicting a similar epidemic. We never heard that from her. We will check on it.

Perhaps more likely is a medication called Tamiflu, which  governments are now trying to secure. Let us pray that a remedy is found, by whatever means.

And let us remember the promises of Scripture. “My loved ones and my friends stand aloof from my plague,” says Psalm 38:11. “No evil will befall you, nor will any plague come near your tent,” adds Psalm 91:10. “The blood shall be a sign for you on the houses where you live; and when I see the blood I will pass over you, and no plague will befall you to destroy you when I strike the land of Egypt,” says Exodus 12:13.

Ah, yes: the Blood of Jesus!

“With these thoughts in mind, this would seem to be a time for spiritual action, rather than panic,” notes the blogger who raises the issue to begin with.

We’ll go with that:

When the word “prepare” is used, it means, for the main part, spiritual preparation.