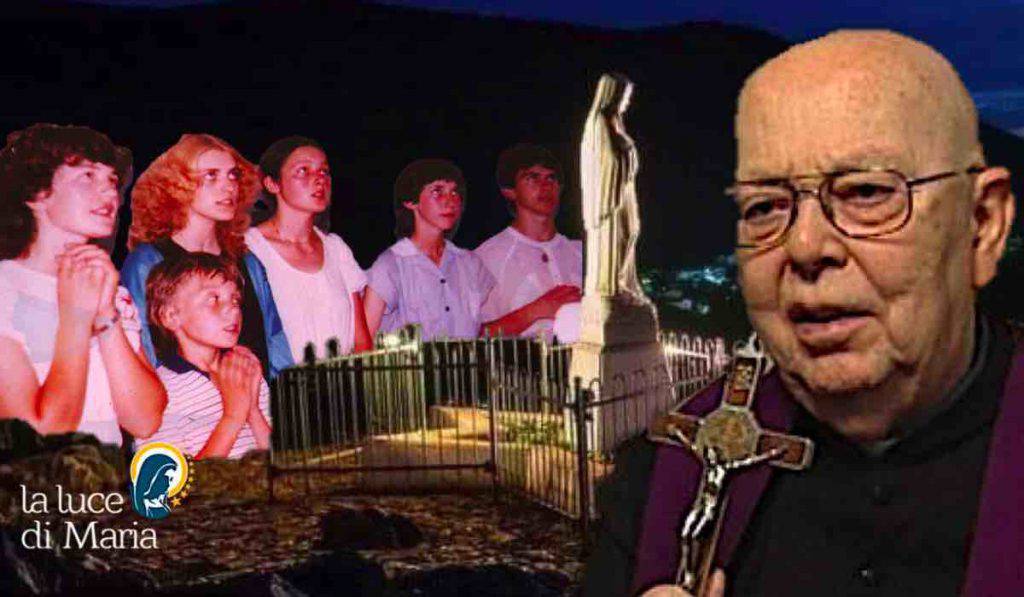 It seems that the well-known priest kept a book of secret notes that he replenished every time he returned to Bosnia.

Recently deceased, the late Father Amorth was one of the most influential exorcists of the Catholic Church of the 20th century. The priest fought all his life so that the Vatican would recognize the order of the exorcists and eventually achieved success. Now the exorcist priests have a structured international association and clear intervention procedures.

Starting in the 1980s, Father Amorth became one of the most convinced supporters of the veracity of the apparitions in Medjugorje. At the time the Church was investigating and for decades did not express an opinion on that phenomenon. Unfortunately the exorcist could not see the recognition before he died. At the end of a long investigation, in fact, the Ruini commission judged the first seven apparitions to be true.

The secret notes on Medjugorje

Father Amorth’s other great battle can be considered the recognition of the Medjugorje apparitions. The first journey of the priest in the place of Marian worship took place in 1981 and already in that case he was fully convinced of what we saw. In fact, in a secret notebook, the exorcist wrote: “The children [seers] are sincere.” In the presence of the Madonna he believed blindly and “with all of himself,” convinced that the Bosnian visionaries and pilgrims were the Madonna’s army against the evil one.

Struck by the faith of these seers and by the fact that the Madonna had chosen that place to counter the advance of evil, Father Amorth came back several times. During each visit, the exorcist prayed, met pilgrims and spoke with the visionaries, then he would write down his impressions (those notes today are a book entitled ‘An army against evil’). Today he would be satisfied with the opening of Pope Francis to this place, sanctioned by the presence of his Vicar at the recent Youth Festival.