Those near-death experiences continue to keep coming (a sign of the times) and continue to inform. They also continue to fascinate.

Most recently, a woman named Charlotte Holmes of Mammoth, Missouri, with whom we spoke the other day.

She “died” or nearly did three years ago — after a visit to her cardiologist’s office, where her blood pressure had spiked to 234 over 134!

She’d had a previous stroke. And now, rushed to a bed at Cox South Hospital in Springfield, she collapsed on the third day and her heart stopped beating for a documented period of: eleven minutes.

“They called a code and they come running in,” she told a Christian network, CBN. “I was above my body. I could see them doing chest compressions. I could see them, all the nurses around. I could smell the most beautiful flowers I’ve ever smelled. And then I heard music. And when I opened my eyes, I knew where I was. I knew I was in Heaven.”

As near-death experiences go, it was as standard as it was astounding.

From “above” her body, Charlotte saw the nurses frantically working on her. One staff member knelt astride of the dying woman on the bed, delivering chest compressions as others administered drugs, adjusted monitors, and called out readings. She saw her husband Dan in a corner of the room. But in an instant, Charlotte was elsewhere.

As the Ozark Times recounted, “A beautiful scene surrounded her, and she saw and heard angels singing amazing music. She felt the wind on her face as the angels fanned their huge wings. And then she saw her parents who had died years ago, and a cousin who’d had a leg amputated, standing at the golden gate on two good legs. Finally, she saw a little boy. She wondered who the toddler standing with her parents was – and then felt God telling her it was the baby she and her husband, Danny, had lost in a miscarriage nearly 40 years ago.”

“I can’t convey to you what Heaven looked like, cause it’s so above what we could even imagine, a million times.”

“The most beautiful, wonderful smell, like nothing I’d ever smelled before.

“I’m a flower person; I love flowers, and there were these flowers that had this fragrance you can’t even imagine,” she told the local paper. 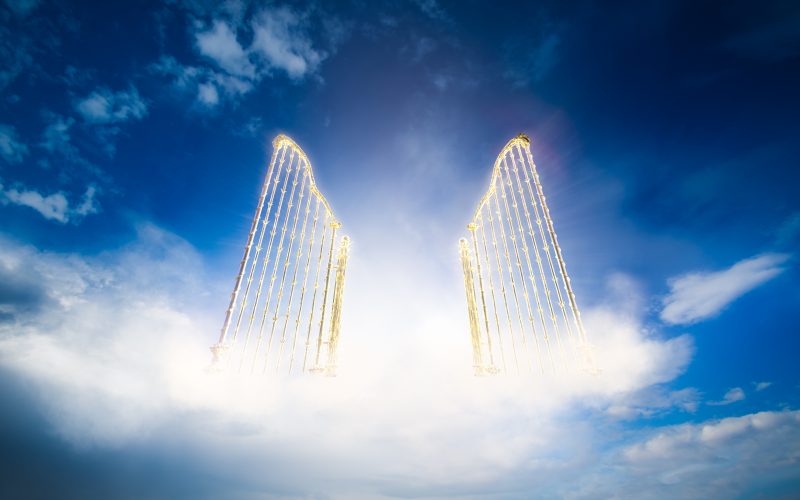 Next, “God took me to a place beyond anything I could ever have imagined,” she said. “I opened my eyes, and I was in awe. There were waterfalls, creeks, hills, gorgeous scenery. And there was the most beautiful music, like angels singing and people singing with them, so soothing. The grass and trees and flowers were swaying in time with the music.”

In an interview, Charlotte added to Spirit Daily, “There’s just so much that you can’t put into words. What I thought Heaven would be it was not — it was just so much more gorgeous and peaceful and beautiful. I thought people would be just walking around in robes. But it’s not like that. Those I saw were in regular clothes. There’s places in Heaven where they are in robes, probably a higher realm, an even holier place. A holy place. It was just so vast — He showed me so much in a short period of time.”

So often do we hear that: how welcoming and ineffable Heaven, or at least stages of the afterlife, are. It was that sense of going home. It was how great those she knew looked — as if everyone, including saints of old, was in his or her thirties (no one overweight or wearing glasses). In their new bodies, she says laconically but unforgettably, “they looked wonderful.” Check out 1 Corinthians 13:12 (“At present we see indistinctly, as in a mirror, but then face to face. At present I know partially; then I shall know fully, as I am fully known.” Many believe Saint Paul may have himself had a near-death brush.)

As a famed evangelist once said, “It’s true that our appearance will change, because God will give us new bodies, similar to Jesus’ resurrection Body. Those bodies will never grow old or tired, nor will they ever experience pain or suffering or death. But we will still know each other. When Jesus was transformed into His heavenly glory before the eyes of some of His disciples, ‘His face shone like the sun, and his clothes became as white as the light’ (Matthew 17:2).” 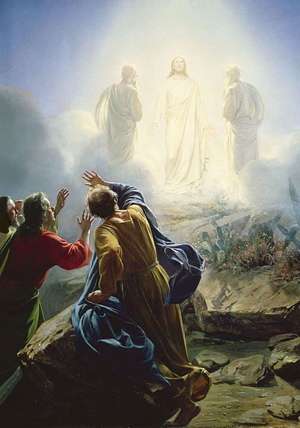 And yet, as with Charlotte — who also saw a tremendous light, behind her parents  —  His disciples still were able to recognize Him, as was also the case with Moses and Elijah when, on Tabor, came from Heaven to speak with Him. Angels? They had “iridescent wings.”

Actually, Charlotte was at the “gate” but hadn’t passed through them (once that’s done, it’s said by many, it’s a definitive transition, not just any holding area.)

That’s gone forever — for Charlotte and virtually everyone else who claims to have glimpsed paradise.

As the Missouri woman witnessed, there‘s also an opposite destination.

And it was “shocking” to witness.

“God took me to the edge of Hell, and I looked down and the smell –rotten flesh,” she recounts. “That’s what it smelled like, and screams. After seeing the beauty of Heaven, the contrast of seeing Hell is almost unbearable. And He says, ‘I show you this to tell you if some of them do not change their ways, this is where they shall reside.'”

There were people in hell she knew, says Charlotte, people she had respected, looked up to, thought (in a worldly way) to be “wonderful.”

I said, ‘This can’t be,’ and He said, ‘It can, if they don’t change their way, for eternity.’ I think He wanted me to tell people, you can’t be on a fence, you can’t have your foot in this world and Heaven. Baptist or Catholic or Assembly of God [which Charlotte was] — He doesn’t care. It’s what you have in your heart. I heard my father say, ‘You have time to go back and share.’”

Some in hell, she claims, “were preachers on TV I’ve seen. Here on earth, so many are just trying to get ahead. But what’s important is not what we accumulate on earth. I just don’t care about material things. You need to stay in your Bible. He said so clearly: ‘Never put your eye on man.’”

Clear enough? The Missouri woman believes there is currently enhanced spiritual warfare because we are approaching the coming of Jesus and both angels (which she still sees) and demons are everywhere — “close to end of time and Satan is really coming against a lot of people,” is the way she puts it.

But Charlotte focuses on the main event:

Her “journey” to Heaven.

“I can look you square in the eye and tell you for sure,” she says, “‘Heaven is real.’ And God loves us so much. His love is so pure. He wants us so much. He told me, ‘Bring home as many as you can.'”