From Forums of the Virgin Mary [translated, for cautious evaluation]:

The intense activity that the souls in purgatory have on earth.

We know little about the souls that are purging themselves to get to Heaven.

Contrary to what is supposed, the souls in purgatory act frequently on earth.

And they do it with great effort and determination because they have a great need to get out of there and head for heaven.

And we can support them. 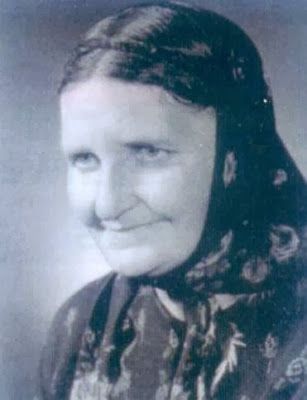 They often help us without us asking, as the late Austrian mystic Maria Simma revealed.

But there are ways in which we can get their greatest support, in things that are important to us and that are in line with what the Lord wants for our lives.

Here we will talk about how the souls in purgatory act on earth; what their manifestations are; and how we can ask them to take special care of a problem that we have.

However, the revelations made to us by Simma, who had so much [alleged] contact with the souls in purgatory, should change our opinion.

The first thing the Austrian woman who died in 2004 tells us is that the presence of souls in purgatory on earth is much more frequent than we imagine. 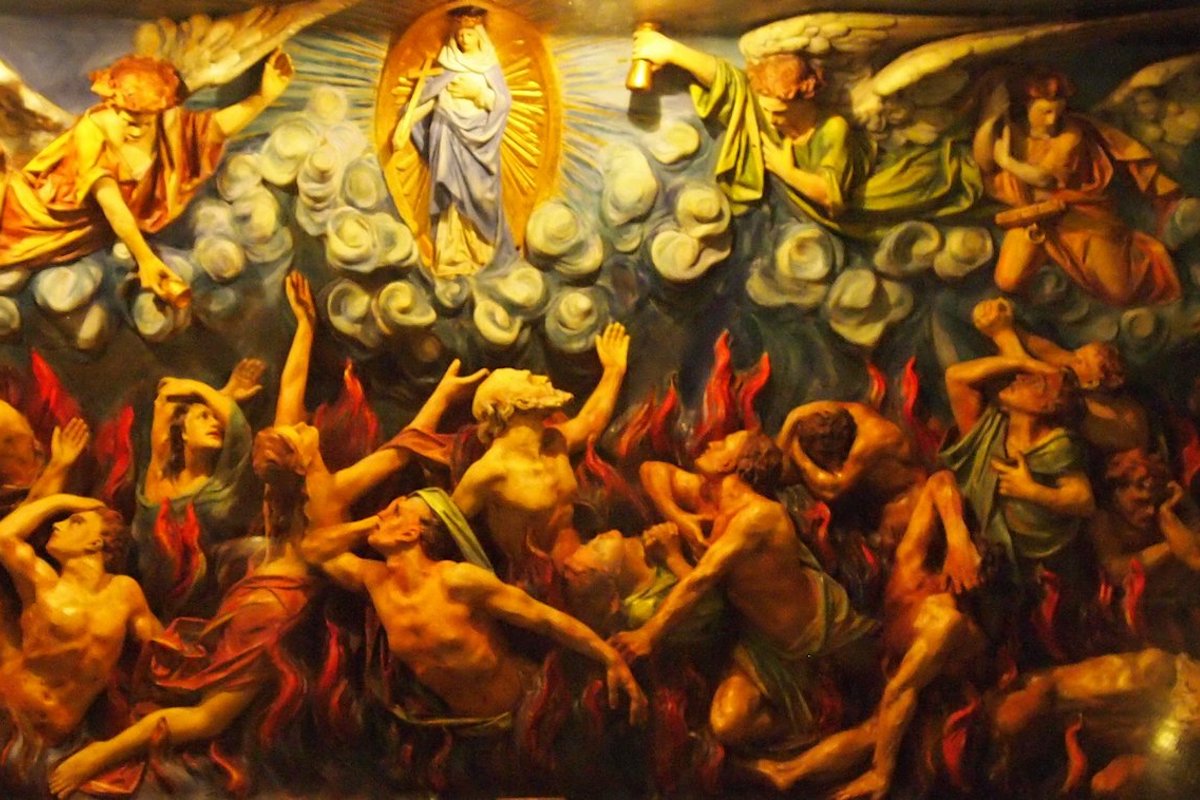 Many things that appear to be supernatural events, and that we sometimes attribute to angels, are due to interventions by purgative souls [she alleged, for discernment only].

God uses them to do good on earth, especially to His loved ones.

First of all, their manifestations to their relatives are more common than is believed.

As a general rule, they appear to those who have loved them dearly, to the most sensitive, to the most affectionate, and to those who pray the most, hoping that some of those prayers will be for their benefit.

But in some cases they appear to very close friends or to people especially sensitive to the supernatural world, whom God has entrusted to dedicate themselves to praying for them and helping them.

And they also have friends who were very close to them when they were children, for example.

In some cases they manifest to people they had not known in life, and even to people who bore a grudge against them in their hearts.

In many cases, believers hear them with their senses and sometimes they can even see them.

Souls can also call us by our names.

Sometimes we can clearly recognize the voice and that serves as a reminder to pray for that particular person.

They can become active by moving objects.

For example, if we find the clock on the floor that was hanging on the wall the previous afternoon, or if the windows are closed or the doors are flung open. [SD note: however, this often is from demons; thus, great caution.]

Footsteps can also be heard on the upper floor, or they can leave a precise clue so that we know immediately who it is.

They also communicate through dreams.

All this happens just to attract our attention and to stimulate our prayers for them.

Maria Simma recounted a case of a person who heard knocks and counted them, interpreting that each knock indicated how many Masses that soul needed. [SD note: no one should initiate communication with such spirits, no matter who they represent themselves as.]

Maria said she never heard the blows again when she fulfilled the number of requested Masses.

When it happened again another time, she knew it was a different soul, because the blows were different in number and in a different part of the room.

The novelty of María Simma’s approach was that the souls in purgatory had a strong activity to help living beings. For example, she tells of a case of a boy who woke up one night to hear a voice telling him twice, “go to the barn.”

The third time he obeyed and saw a stranger who was taking two of the piglets. He chased the man and recovered what was stolen. Then he realized that the alert had been from his dead father. [scroll past ad for more]

Also a case of a young man who was looking for a good and holy wife, and visited a girl from time to time.

And every time he went to her house, there was a man outside who said, “Don’t go there, you won’t be happy with her.”

The first few times he ignored it, but then the third time he stopped and took a closer look at this man, and it was his own father who had died several years before.

Souls in purgatory are not only concerned about their relatives, but strangers; she claimed that some helped to put out the fire at the Chernobyl nuclear power plant and also to shorten the Gulf War [for discernment]. And that they did it because there were many people praying.

She also related the case of Sister Emmanuel, who lives in Medjugorje, who had lost a bag with money in a hotel that she was going to use to finance conferences. Maria told the souls in purgatory “find that bag for us and I will offer a novena of Masses”.

And after only three days she received the communication from the hotel that the bag had been found and nothing was missing.

Then Sister Emmanuel asked Maria Simma to ask if any soul in purgatory had intervened to appear and the answer she received was yes.

All of the above tell us two things:

The first is that although we do not ask the souls in purgatory, suddenly some souls of loved ones have helped us avoid dangers and accidents.

They can, for example, intervene to prevent someone from continuing to drink alcohol, stop smoking, to slow down when they drive too fast, or anything else that could put them in danger.

Or they can manifest themselves to give us some advice.

For example, María Simma recounted the visit of souls in purgatory who appeared to her asking her to tell their relatives something about how to distribute their inheritance.

And also messages for priests in their way of celebrating or in supporting the faithful.

And the second is that they respond when we ask them and we promise to reciprocate with prayers and Masses.

[scroll past ad for more]

We can even ask a soul in purgatory to guide us spiritually, to accompany us if we feel alone, and to help us in the conversion of a loved one. [SD note: again, two-way communication should not be sought, according to Scripture.]

Maria maintains that her help is only limited by our imaginations.

They will aid us when what we ask is holy and good; they will never help us achieve something that is contrary to the will of God, because they are sanctifying themselves and also need God’s permission to act in each case.

What the souls in purgatory value most is attending Mass and having Masses celebrated for them; as well as praying the Rosary, the Way of the Cross, and other prayers for them.

They also value Masses for the living, because it is during life that people can make merits, not after death.

We should ask for Masses periodically: on the birthday of a deceased person, on their saint’s day, on their wedding anniversary, on the anniversary of their death.

Also when we realize that we are thinking about him or her a lot or we have some sign that reminds us of him or her, such as a scent, a piece of news, a photo, because he is probably manifesting himself so that we can help him.

And when this happens, we should act immediately.

But María Simma had also said that she’d seen in many cases that the purifications — that is, the departure of souls to Heaven — occurred before the Mass was celebrated, as a result of a person simply manifesting the willingness to have Mass celebrated.

And also that when someone asks souls for help on a subject by promising Masses, the help materializes many times even when the promise is made.

This happens because God never wants to make someone suffer a minute longer than necessary.

Most souls are released from purgatory at Christmas because it is the day when Grace is so available, but many souls are also released on Good Friday, on Ascension Day, and on All Souls’ Day.

Some especially sensitive people have said they experienced such great joy in praying that they were sure, without a doubt, it was a sign that a soul had been released from purgatory.

There is however no need to worry about trying to determine this, because if we pray for someone who is already in Heaven, Our Lady takes those prayers and applies them to whoever needs them most.

Well, in short, the souls in purgatory are more active on earth, assisting human beings, than we imagine.

And sometimes they manifest themselves to help us and to ask us for Masses and prayers to go quickly to Heaven.

So we should not be alarmed if we have some kind of contact, we simply have to discern it.

We should not automatically think when we have some supernatural manifestation, that it is a mental imbalance or that it is the devil [though that it may well be. Just pray — always casting out evil just in case].

And the most important thing is that we can ask them for their help in matters that are holy, promising to repay their assistance by asking for Masses for them.

Once released, the soul [if it was a soul] will also intercede for us from Heaven.