To say the least.

That’s a quick assessment of the story told by a comedian named Carlos Mencia, who grew up in the rough-and-tumble City Terrace neighborhood in East Los Angeles.

“I was very young when this encounter took place,” Mencia told a television crew.

It was 1976. Mencia, born in Honduras, was eight years old. He was in his driveway playing with toys — the street was quiet; no one was around — when he looked up and saw a young boy across the street.

It was unusual; Mencia didn’t recognize the boy. This was a neighborhood where all the kids knew each other. 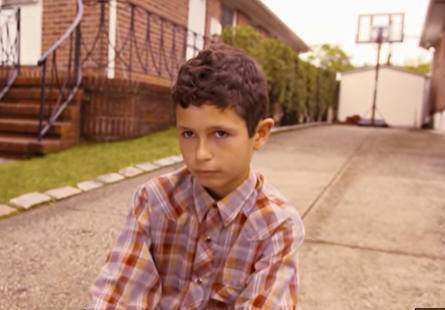 In retrospect, said Mencia, he never saw the kid turn the corner, or walk up the street. He was just there, a Mexican kid like all the others. Dark eyes. Black hair. But somehow very different.

Mencia stopped playing, staring into the kid’s eyes. That was when the boy spoke to him, saying, sternly, “Go inside.” That was all.

The boy, about Mencia’s age, stood there emotionless with his arms hanging downwards, staring. Mencia tried to look away, but curiosity quickly got the better of him, and when he looked up again, the boy was still there.

Again he spoke. “You have to go inside right now,” he told the perplexed Mencia, now rather emphatically.

A bit intimidated, feeling he had to listen, Mencia did exactly as instructed and quickly headed for the house. Suddenly, he wanted to be near his mom. But before he entered the house, Mencia turned back to the street.

When he looked across the street, the boy wasn’t there. He was just gone.

“So I went inside,” he recounts, approaching his mother, who was finishing laundry.

As he did, gunshots erupted on the street. They crouched low, out of range. It was a “drive-by.” They heard tires squealing. It wasn’t a rare occurrence in the neighborhood. But this was right out front.

“Thank God you came inside!” his mother said, when the sounds were gone.

“Thank God that kid told me to go inside,” Mencia replied.

When she wondered what he was talking about, the boy described the “child.” 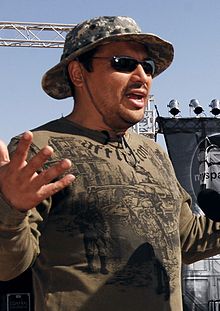 “My mom looked at me like, ‘Wow!'” he says, apparently enthralled by the description — for good reason, it would turn out.

Walking outside to look, they spotted an indentation, a groove mark, in the cement right where he had been playing.

It had been gouged by a bullet.

So intent was Mencia’s mother on finding out who the kid was that she set about investigating. She seemed to suspect something. “My mother went blocks up, blocks down,” trying to find out who the child was and to thank him, “knocking on every door” — but never locating such a youngster.

“It wasn’t until I was in high school and I talked to my mom about it and she said, ‘Uh, I have something I want to tell you. I never told you this before.”

She explained she’d had a son before him. He had 16 older siblings and one younger sibling. At the time of his birth, his mother was engaged in a domestic dispute with his father.

When Mencia had been just a year old, an older son had been killed by a stray bullet in a drive-by shooting.

“She said the minute she couldn’t find this kid, she felt that it was my older brother,” says the performer, “taking care of me.”