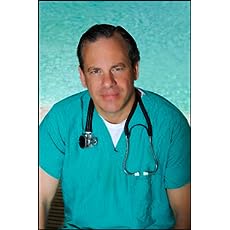 We have reported the remarkable account of Dr. Chauncey Crandall, a prominent cardiologist from South Florida who made headlines a number of years ago for “raising” a man who had been declared dead. It’s a story worth retelling.

As it happens, that was actually one in a long series of “miracles” attributed to this very active Christian medical professional — whose conversion occurred, in a big way, while battling for the life of a son who eventually succumbed to leukemia.

It was there at his son’s deathbed that Dr. Crandall of West Palm Beach, Florida, found himself in the depths of grief with a choice between getting mad at God and rejecting Him, or declaring himself to be a faithful servant of the Lord: to praise Him ever stronger.

He chose the latter. Indeed, he asked the Lord to plant the seed of his son’s “martyrdom” so that he could minister in a way that would bring “a million souls” to Him. In other words, the doctor ran to God — instead of from Him. And the results have been unfathomable.

In a previous article, we mentioned the lame who have walked after he put his hands on them; the tumors that have vanished from victims of cancer. There have also been those delivered from demons or from emotional stress that had put them on the verge of suicide. Remarkable accounts!

But none is quite as dramatic as the case of a mechanic named Jeff Markin.

It was on October 20, 2006, that the 53-year-old man strode through the entrance to the emergency room at Palm Beach Gardens Hospital, suffering from an upset stomach and intense, sweat-inducing anxiety. Shortly after, Markin collapsed into a heap from an acute myocardial infarction — a massive heart attack.

When Dr. Crandall was summoned, Jeff was barely clinging to life and the emergency room was like a “war zone.”

Two IV lines had been thrust into the patient, along with a ventilator and stomach tube. Already he had been shocked six times with electrical paddles — shocks so intense his body leapt above the stretcher.

“The doctors and nurses had been working on the patient for nearly forty minutes,” writes Dr. Crandall in a splendid, inspiring book, Raising the Dead: A Doctor Encounters the Miraculous. “I noticed that his head, especially his lips, and his fingers and toes were cyanotic — black with death from lack of oxygen. When cyanosis appears, there’s little hope.”

The conclusion was unavoidable: Jeff Markin was dead. They called the “code” on him. His time of death was declared, according to protocol, at 8:05 a.m..

Once that was done, the doctors and nurses left quickly, save for Dr. Crandall and a nurse who was charged with preparing the body for the morgue.

Tubes were removed, the IVs taken from his arms.

“With my report complete, I headed toward the door and back to my runway of patients,” recounts Dr. Crandall. “Before I crossed its threshold, however, I sensed God was telling me to turn around and pray for that man. This seemed foolish — an idle thought caused by the stress of the situation or even mischievous influence. But then my sense of God telling me this occurred a second time and more forcefully. I did not know this man, and, frankly, I felt embarrassed by the impulse to pray for him. But I knew that when I had ignored such impulses in the past I never felt peace afterward. I stood by the body, and although the words I said came through me, I had no sense of devising them. It was more as if I were God’s intercom, relaying a ‘divine code.'”

Incredibly — famously — Dr. Crandall began to pray next to the body:

“Father God, I cry out for this man’s soul. If he does not know You as his Lord and Savior, raise him from the dead now, in Jesus’ Name.”

The nurse looked at Dr. Crandall as if he had lost his mind. Of its own accord, the doctor’s arm shot up a gesture of prayer and praise — as if to catch a gift from above. And at that moment, an emergency-room doctor walked back in and Dr. Crandall told him to shock Markin once more.

“Dr. Crandall,” said the other doctor in disbelief, “I can’t shock the patient one more time. I’ve shocked him again and again. He’s dead.”

But Crandall insisted — and boom: after the shock, a heart beat not only returned, but a regular one, something they had never seen before. It was unprecedented; Markin’s pulse was immediately normal. A perfect heart beat!

Markin’s abdomen fluttered, and suddenly he was breathing on his own. His blackened fingers twitched. Soon he was mumbling. The nurse screamed — “a long, piercing wail right out of the movies,” says the book, as if Dr. Crandall had created a Frankenstein monster.

It was no ghoul; it was Jeff Markin returning — and with an incredible story himself. For during the time he was dead, it turns out, he found himself in a dark place he described as hell. “I sat there for eternity, alone,” he later said. “In total darkness.” He felt he had been disposed of in a dump. Outside, his daughter had been praying for his life — and his conversion. When he came back, Dr. Crandall asked him to accept Jesus. He did. He was one of the million Dr. Crandall wanted to bring to the Lord.

As for Dr. Crandall’s own struggles — especially with the death of his son Chad — there were miracles here also. We ask ourselves: Do we pray enough? Do we praise enough? Do we fast? Do we believe in miracles — or that they stopped at the end of the New Testament?

One night, as he, his other son, and his wife Deborah were walking on a bike trail with their dogs, Deborah stopped suddenly, raised her hands to Heaven, and prayed aloud, “Oh, God, is Chad still aware of us down here?” Dr. Crandall was walking at a faster pace ahead of them. Deborah looked to the sky to her right and saw YES in the cloudlike letters a skywriter would make. Their son saw it too.

A skywriter was known to occasionally visit the skies in the area, but they had seen no trace of him that particular day.

[resources: The Other Side and The God of Miracles] 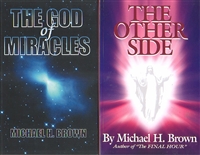