Have you ever looked around and wondered how many happenings have been terrorism — Muslim terrorism — and not just the crimes or accidents implied by public information?

Last week, there was an electrical outage in San Francisco — no minor city. Ninety-thousand without electricity. Folks caught at dark red lights and in elevators. 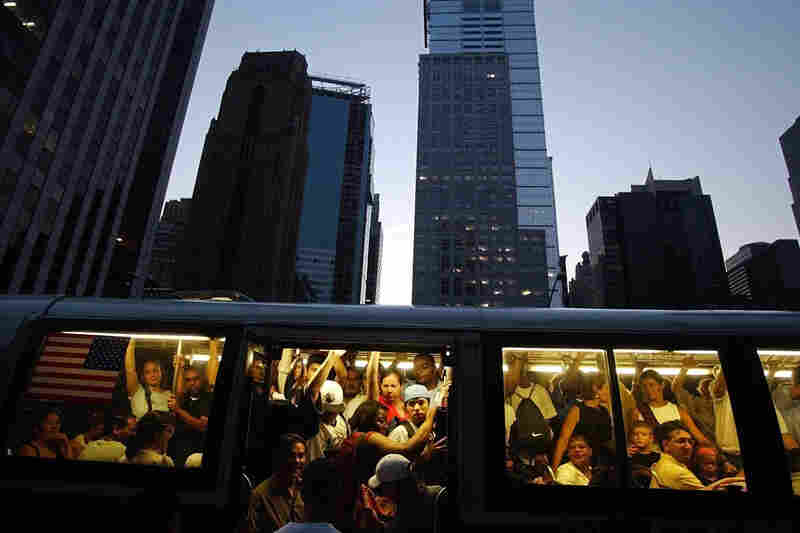 That made national news, but, oddly, a power outage that affected subways in New York City — also no minor city — did not.

The first outage occurred at around 7:20 a.m. in New York, reported Inverse, when the power went down at the Seventh Avenue and 53rd Street subway station. That sent a shock wave of significant delays out from the hub and into the rest of the subway system. By 11:30 a.m. the city’s Metropolitan Transit Authority confirmed that generators were running again in the station. But five hours had elapsed without one major subway line, the “B” train, functioning.

A bit later, electrical glitches disrupted the airport in Los Angeles (power outages were reported in Los Angeles International Airport, as well as in several other areas around the city), and there was a shortcoming of electricity in Detroit, along with San Francisco.

Coincidence? Or did one glitch trigger another farther down the line (the nation has three major interconnected grids)?

Maybe, in these cases: coincidence. In San Francisco, it was traced to a burnt circuit breaker.

But through the years we have been made to wonder how many “quiet” events have been terrorism that the government, for various reasons, has not wanted to acknowledge as precisely that.

With President George Bush, it was trying to avoid a panic in the wake of 9/11 (remember all the anthrax?) and not wanting to hurt the airline industry. With President Barack Obama, it was his unspoken rule not to use the term “Islamic radical” — even though a more fitting term there seldom has been. As for recent cases of Islamic violence, President Trump correctly remarked that “you’ve seen what happened in Paris, and Nice. All over Europe, it’s happening. It’s gotten to a point where it’s not even being reported.”

You may — or more to the point, may not — recall that soon after September 11, on November 12, 2001, an Airbus out of JFK International crashed into the Belle Harbor neighborhood of Queens. Take a look at a photo from The New York Daily News. This was a major crash. All 260 people on board the flight were killed, along with five people on the ground. It was the second-deadliest aviation incident in the history of New York state.

When even a small private plane carrying four people crashes, it normally makes fairly big national news. And a large plane crash even as far away as Indonesia, or Russia, or Egypt: bigger yet. Remember that Indonesia AsiaAir flight in 2014? How could you not. It was a headline for weeks. One hundred and fifty-five were killed — nearly a hundred less than in media-rich New York City!

Yet, the Queens crash has faded into memory, if it ever was recorded. Was it terrorism? Who knows. No evidence.

This is the question: How much publicity did it receive? 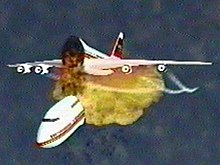 The same was possibly true of Flight 800 — that passenger jet that went into the ocean off Long Island, killing 230 in 1996.

Dozens of people insisted they saw what looked like a missile blazing up from the surface to the aircraft, but the Federal Aviation Commission quickly spirited away the wreckage, very, very quietly conducted an “investigation,” and deemed it an accident, aging wiring, admittedly a known problem (a gauge went wild just before the crash), to the skepticism of many aeronautical experts who said this was no normal mechanical — or electrical — failure.

We don’t want to cast blame on the wrong parties, but in too many instances, mishaps bear peculiar resemblance to known Muslim acts of terrors. How many Muslim names do you hear in regard to shooting and bombings and other acts of violence?

The D.C. sniper? His name was John Allen Muhammad. Fort Hood? The gunman who killed thirteen there was Nidal Hasan. Those shootings in San Bernardino? The perpetrators were Syed Rizwan Farook and Tashfeen Malik. 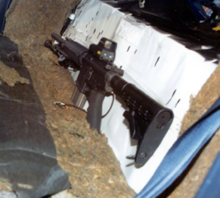 Besides initially shielding or downplaying Islamic names, excuses are made and descriptions dispensed, portraying such evil as isolated sociopathic events.

Call it what it was: Muslim violence against Americans.

Said one student of the liberal media cover up, Daniel Greenfield: “The left supports the ideologies, black nationalism and Islam, in whose name they carried out their crimes so the media has to redirect attention away from the ideology to the individual. It doesn’t matter that the killers were very clear about their motives. What matters is hiding the truth.

“Irreligious, depressed loner with family problems. Check. No connection to Islamic terrorism. Suggestion of mental illness. Check and check. Insistence on his lack of interest in religion? One final check.”

The list is extensive. How about the first attempts to soften the Marathon bombers (as just isolated misfits), or St. Cloud, Minnesota, or Orlando (that was Omar Mateen).  Last spring, the Los Angeles Times set out to list every single terrorist attack in the month of April that it could find, counting 180 attacks that killed 858 people. Not every one of those attacks made your local nightly newscast. In fact, just about none did.

Back to last week:

Someone playing with the power grid? Perhaps. Terrorists are widely known to have studied our electrical system. Folks with binoculars have been spotted outside nuclear plants. So, excuse the suspicion.

In other cases — like Flight 800, and the plane in Queen — more suspicious still. Very suspect.

And making us prone to say:

It’s the truth that sets us free — not glossing such things over, not covering up an evil root, not denying a clear and present and still-growing danger.