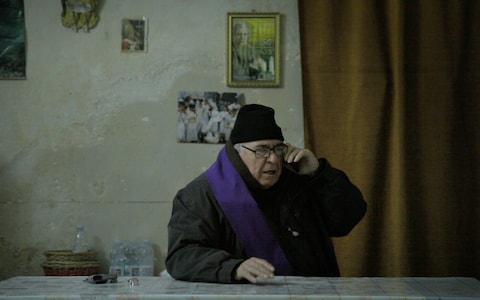 While the Catholic Church keeps no central database for the number of people asking for exorcism or the number of times it is performed, Italians are reported to seek the Rite on a more regular basis than dental appointments.

Deliver Us, which premieres in the UK and Europe on October 27 and was nominated for the European Film Awards, is a compelling look at the efforts of priests in Sicily to keep up with an increasing global demand for church-sanctioned exorcism.

In Rome and Milan, the number of church appointed priest-exorcists has grown from six to 12, and the Church has set up an emergency call centre. In the US, over the past decade, the number of priest-exorcists has more than quadrupled from 12 to 50. As noted American exorcist, Father Vincent Lampert of the Archdiocese of Indianapolis points out, it is not the Church that is increasing the demand for exorcists, it is people.