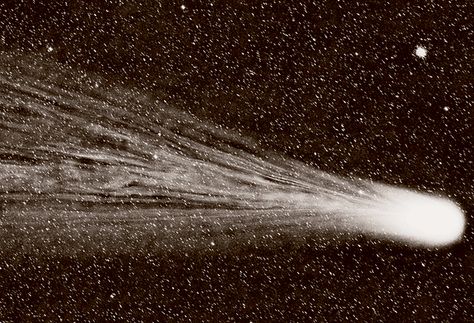 Every now and then through history — deep history; sometimes not so deep — a series of unusual, even inexplicable, events have occurred. Perhaps the word is “trends.” There were times when abnormal temperatures suddenly besieged parts of the planet, and there was mass migration. Populations in places such as Anatolia (now Turkey) or the Middle East suddenly reconfigured, with dozens of towns vanishing. Around these evacuations have been indications of seismicity: great earthquakes. In South America, Indians suddenly have fled from the coast, as if haunted by disease or tsunamis. Across Europe, astonishing evidence indicates periods of tremendous rainfall and concomitant flooding. If you look back to periods such as 2500 B.C. (or thereabouts), and then 1500 B.C., and five centuries after that, you’ll see the mysterious decline or even abrupt end of certain regional populations — whole cultures, along with parallel swerves in planetary climate. We’re talking major swerves, not just flux. One example is a very strange series of events that seems to have occurred around 1000 B.C. In one period, a vast section of the Hungarian Plain went under water. Elsewhere was epic weather. Were there tidal waves? “From many other sources of information it is obvious that these events were sudden and occurred worldwide,” wrote two Swedish researchers, Lars Franzén and Thomas B. Larsson, who found deposits indicating an unrecognized flooding catastrophe.

Science can theorize. It can ignore it. It can try to dismiss it. But it can’t explain it…

In Turkey, Lake Van once rose 260 feet, while rivers in eastern Europe turned ferocious, topping their banks. Societies met their end in Egypt, Israel, and Greece. There were quakes. “During these generations the changes that came about are little short of fantastic,” wrote V. R. Desborough, another scholar. “The craftsmen and artists seem to have vanished almost without trace: there is little new stone construction of any sort, far less any massive edifices; the metal workers’ techniques revert to primitive, and the potter, except in the early stages, loses his purpose and inspiration; the art of writing is forgotten.”

By the end of the twelfth century A.D., during another such episode, the population in major parts of the Mediterranean appears to have dwindled to one-tenth of what it had been little over a century before. “This is no normal decline,” Desborough noted. “And the circumstances and events obviously have a considerable bearing on the nature of the subsequent Dark Ages, and must be in part at least a cause of its existence.”

Yet, historians are clueless – or nearly.

During the 1,000 B.C. events, Franzén and Larsson found something that enthralled them. The periodicity seemed to be about 550 years, and during those episodes, said the two Swedish scientists, they found, through soil analyses, “small glassy spherules with a very varying compositions,” including iron. And the spherules occurred in conjunction with dramatic climate swerves, including freakish ground frost in Tunisia. 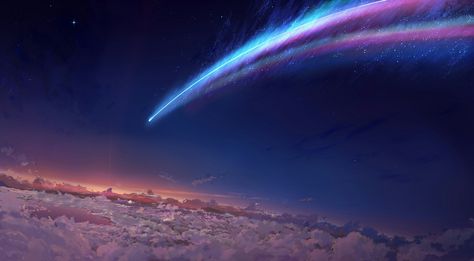 Their conclusion was unnerving: that the spherules — melted rock — had been formed by “relatively large asteroids or comets that hit somewhere in the eastern Atlantic, possibly at the shelf of the Atlantic west coast of Africa and Europe, around 1500 B.C. and 1000 B.C.”

The comets, they said, affected southeastern and central Europe, the British Isles, northern Africa, and the Near and Middle East.

Other researchers pointed to times when Aztecs suddenly fled (in one mass migration) from the Pacific Coast. “Why did they move from a coastal region to a highland?” asked one whose research team — conjecturing that “the Pacific region of Mexico was affected by a huge tsunami.

Might it have been part of the same event that affected Europe — perhaps a series of asteroids that hit various parts of the globe, one after another?

At an old observatory in Armagh, Ireland, I interviewed a scientist named Dr. William Napier who, with another, Dr. Victor Clube, wrote papers suggesting that the outer planets occasionally divert giant comets into our part of the solar system.

They believed one such comet caused a train of debris to rain upon earth. There can also be dust or a zodiacal “cloud”: wispy cosmic debris.  “Occasionally disastrous inundations and the raining of fire from heaven are reasonable expectations from the current astronomical evidence,” Napier wrote. Episodes of bombardment can last for centuries. There is, he fears, a ticking galactic “clock.” Astronomers even scour the Bible for ancient clues.

In America, circa October, 1871, the greatest wildfire in known U.S. history torched 1.2 million acres of Wisconsin and a huge parcel in western Michigan at the same time, sending flames as hot as a crematorium racing at up to a hundred miles an hour in “fire tornadoes” and curtains of flame that seemed to be moving not so much horizontally, in some cases, but vertically: from above.

Was it just sloppy lumbermen and railroad workers and their campfires that set ablaze the virgin Wisconsin forests, which were unusually dry and in a strong wind?

Some witnesses saw great black balloon-shaped objects come out of the sky, exploding over forests. Farm families swathed themselves in wet blankets on pastureland away from the trees but still burned. An eerie ceiling of flames remained over the Peshtigo River for a solid hour – the broiling canopy killing nearly all who’d sought refuge there.

Strange effects: in the pockets of some corpses, coins had fused together from what some sort of unknown electrical phenomenon.

Was it fueled not just by wood, but by explosive methane?

Here we get to the crux: the tantalizing possibility the gas and black balloons and curtains of flame came from a deteriorating comet.

That theory was promulgated because around the time of the conflagrations, earth was passing in the general vicinity of a comet known as Biela — which in 1846 was found to have split into two, with a luminous bridge or “gaseous prolongation,” a million miles long, connecting the separated pieces.

And so came the tantalizing question: Might a part of earth — namely, the Upper Midwest — have been touched, and torched, by that zodiacal gas – as well as other areas through history?

Meanwhile, there was Chicago, which suffered a historic fire that still defies explanation. One thing all agree upon: it was no cow kicking over a lantern.

This was two hundred miles south of Peshtigo. If the Wisconsin blaze constituted the biggest wildfire, this was the greatest urban fire in the annals of the United States.

Strangest of all: though seemingly disconnected (if a cosmic factor was ruled out), both conflagrations began – perhaps the same hour – on October 8, 1871 – the same fateful day…

[see: Fear of Fire and Sent To Earth]