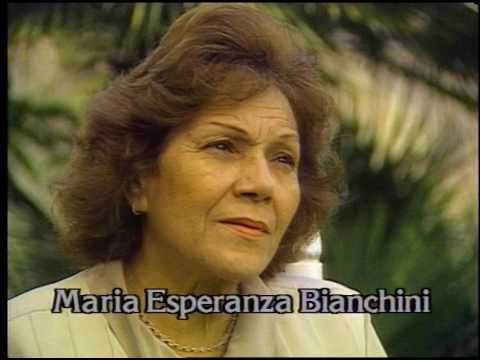 It hit with special emphasis, this month of Maria Esperanza’s birthday (on Monday), upon reading a recent news item: her prophecy about the earth’s interior.

That was from Livescience, which said: “There’s a mystery brewing at the center of the earth. Scientists can only see it when they study the seismic waves (subterranean tremors generated by earthquakes) passing through the planet’s solid iron inner core. For some reason, waves move through the core significantly faster when they’re traveling between the north and south poles than when they’re traveling across the equator.

“Researchers have known about this discrepancy — [called] seismic anisotropy — for decades, but have been unable to come up with an explanation that’s consistent with the available data. Now, using computer simulations of the core’s growth over the last billion years, a new study in the June 3 issue of Nature Geoscience offers a solution that finally seems to fit: Every year, little by little, earth’s inner core is growing in a ‘lopsided’ pattern, with new iron crystals forming faster on the east side of the core than on the west side.” 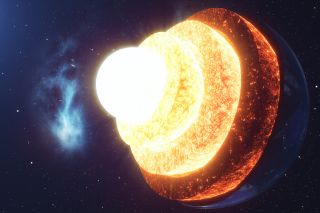 What Maria had said, many years back (she died in 2004), was that: “There will be much upheaval. There will be some societal chaos. Our Lady is coming to lighten the chastisements. There will be problems and certain natural calamities. I see little quakes and certain others. The core of the earth, it is not in balance. A very difficult moment will arrive, but there will remain good because the Light and Grace of the Holy Spirit will always illumine a few people who desire justice in the world — the truth and recognition of Jesus with His Love throughout all time.”

For discernment — as all prophecies are.

One synonym for that is “unbalanced.”

Can it — will it — have seismic implications on the surface? Is it related whatsoever to strange rumblings regularly reported in various parts of the world (or is that just long-distance noise)?

One never for certain knows. But there is the intriguing fact that in the 1940s, Sister Lucia dos Santos of Fátima said she received a further “enlightenment” on the image in her “third secret” (the one with an angel setting the earth ablaze) and was given to understand that “the tip of the spear as a flame unlatches and touches the axis of the earth. It shudders. Mountains, cities, towns, and villages with their inhabitants are buried. The sea, the rivers, and the clouds emerge from their limits, overflowing and bringing with them in a whirlwind houses and people in numbers that are not possible to count. It is the purification of the world as it plunges into sin. Hatred and ambition cause the destructive war!”

[resources: interviews with Maria: The Bridge To Heaven]