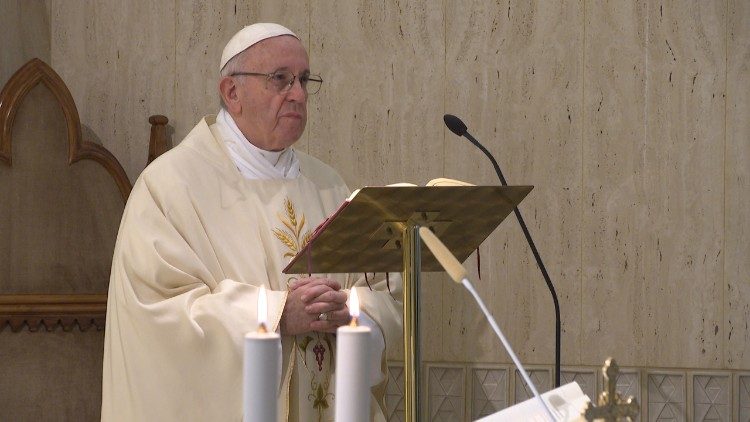 Pope Francis focused his homily on Monday at Casa Santa Marta on the Gospel of the day from Luke (4:16-30) when Jesus returns to Nazareth and meets opposition in the synagogue after commenting on a passage from the prophet Isaiah. The Pope highlights Jesus’ silent composure not only in this scene but also during the passion.

The Pope said that when Jesus arrived at the synagogue, he aroused curiosity. Everyone wanted to see the person they had heard was working miracles in other places. Instead of satisfying their curiosity, the Pope said, the Son of the Heavenly Father uses only “the Word of God.” This is the attitude Jesus adopted when confronting the devil. The Pope then said that Jesus’ humility opens the door to His first words meant to construct a bridge but instead sow doubt immediately changing the atmosphere “from peace to war,” from “amazement to fury.” Jesus responds with silence before those “who wanted to throw Him out of the city,” the Pope said.

They were not thinking, they were shouting. Jesus stayed silent… The Gospel passage ends with: ‘But He passed through the midst of them and went away’.