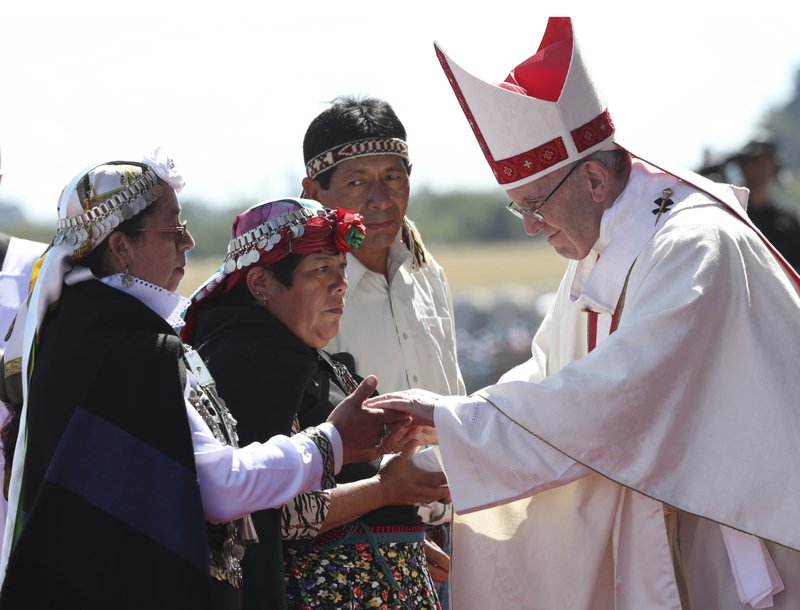 TEMUCO, Chile (AP) — Pope Francis took the Chilean state and the country’s largest indigenous group to task Wednesday over their failure to forge a truly unified nation, saying the government must do more than just negotiate “elegant” agreements and radical Mapuche factions must stop violence.

Francis’ pointed homily in the heart of Chile’s restive Araucania region came hours after two more churches and three helicopters were torched — attacks blamed on Mapuche radical groups demanding the return of ancestral lands and the release of Mapuche prisoners. No arrests have been made. The outdoor Mass at the Maqueue Air Base was steeped in symbolism because of its own history: the land was taken from the Mapuche in the early 20th century and the location was also used as a detention and torture facility in the early years of Gen. Augusto Pinochet’s military dictatorship.