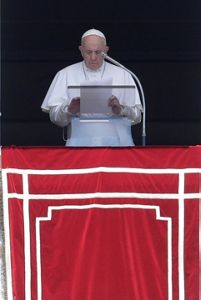 Pope Francis on Sunday sent a new letter to priests worldwide offering encouragement in light of the global sex abuse scandal that has shaken the Roman Catholic Church.

In a nearly 5,000-word letter sent on the feast day of St. John Vianney, patron of parish priests, the pope on Sunday acknowledged the “pain” of priests who “feel themselves attacked and blamed for crimes they did not commit.”  The pontiff said that priests have shared with him “their outrage at what happened, and their frustration that ‘for all their hard work, they have to face the damage that was one, the suspicion and uncertainty to which it has given rise, and the doubts, fears and disheartenment felt by more than a few.'”