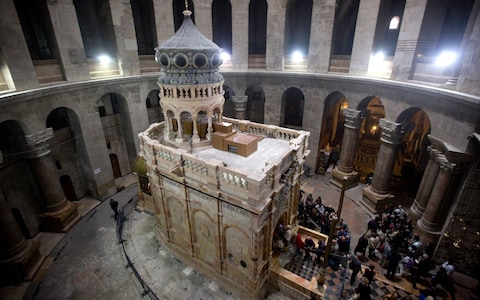 Scientific testing at what is believed to be Jesus’s tomb dates material there to the fourth century, supporting traditional beliefs surrounding the site, an expert involved in the study said on Tuesday.

The study offers no further evidence whether or not Jesus was actually buried at the site in Jerusalem, but was consistent with the historical belief that the Romans built a monument there some 300 years after his death. It is the first time such testing has been carried out at the site, located at what is now the Church of the Holy Sepulchre and encased in an elaborate shrine, or edicule.