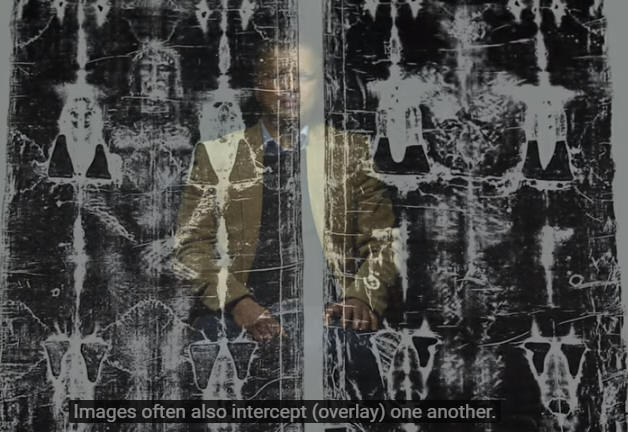 It’s the aftermath of Easter, but what we have here is a year-round story involving Mary as well as the Shroud of Turin — perhaps with special pertinence not only because it closely follows Easter but also the feast of the Annunciation (which, due to its falling on Palm Sunday this year, was moved to April 9).

The gist of it is a powerful video from one Waldemar Kurek-Mosakowski, a once-wealthy Polish businessman who claims he was directed by an inner voice to view and join the Shroud in certain fashions and that when he did — when he took a sudden and intense interest in a relic he had not had any interest in before — he saw the open eyes of Jesus (as if at Resurrection; not closed, as in a frontal view of it) and an image of Mary matching the famous one at Guadalupe amid the whip marks on the back of the Shroud [above, in right half of image, and below].

Discern as you will. “I was never  interested in it, never saw it live in person, and never participated in any kind of scientific research,” Kurek-Mosakowski claims. “However, thanks to God’s instructions I was able to decipher certain secrets of the image.”

He also interprets marks on the front of the image [below] as forming unknown visages, believing that the Shroud is both spatial and yet flat, that it has features too of a hologram, revealing new aspects with it is backlit and overlaid. 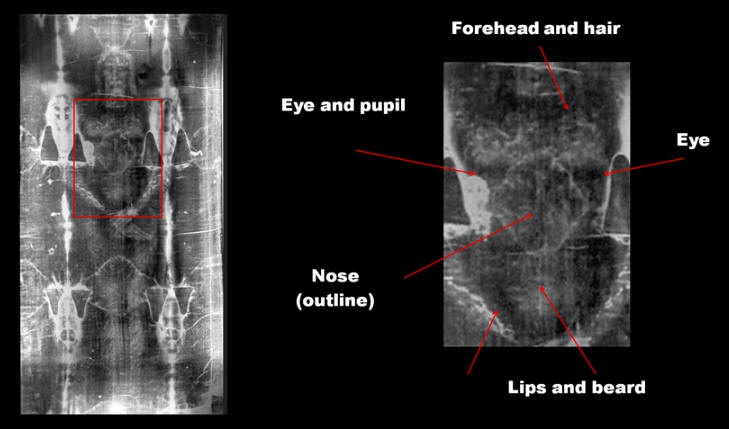 Is there really more to decrypt from it?

Kurek-Mosakowski claims he was “told” to take an image of both the front and rear of the Shroud that were transferred to a transparent foil and fold them such that the top of the front met with the bottom of the back. When he did — when the two views of the Shroud (front and back) melded together and intercepted one another — he was startled at how the eyes now seem open and how on the back, amid those slashes, is Mary, her face exactly proportionate, in his measurements, to the image of Guadalupe.

If true, this would show a side of God’s genius in creating the Shroud that goes beyond even the more sensational recent discoveries hidden in it, a “Divine genius” that as he puts it, is “beyond the reasoning of man.”

“I understood that the mother’s suffering merged with her Son’s suffering,” remarks Kurek-Mosakowski about his findings, the first we know of to link Mary to the famous image, which is held as authentic by both Catholics and Protestants.

He felt he was told, “I’ll look them straight in the eye… they’ll see that I’m dead and still alive,” and that soon after he was directed to finding the open-eyes effect. He also asserts that melding the superimposed image with the Sudarium of Oviedo showed red marks as if blood from the Face and especially the mouth. 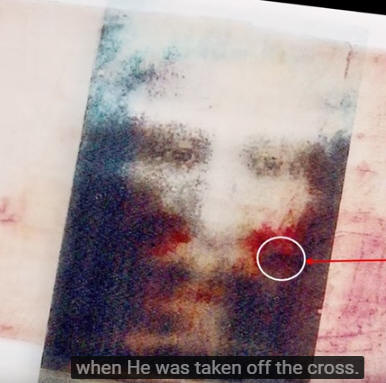 You can view it for yourself. Kurek-Mosakowski claims he and his wife have been acutely attacked by Satan for revealing it. True, or a “pareidolium”? And if true — good? So struck was Kurek-Mosakowski by what he found that at the urging of friends he sought to transmit his “findings” to Pope Francis through the Apostolic Nuncio in Poland, though with no success. 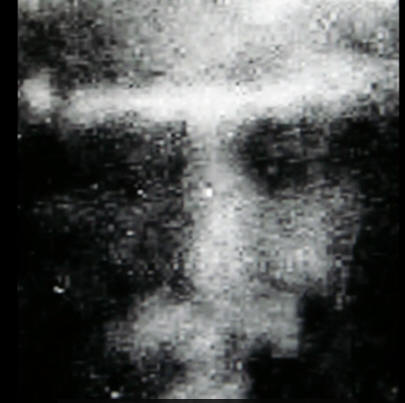 Although it has been two thousand years, he points out, science still cannot duplicate the effects in the Shroud. He also superimposed the combined “images” of the Mary he saw on the Shroud’s back with the Guadalupe image of her, observed that they matched, and superimposed those two combined images with a supposedly inspired portrait of Jesus by a mystic named Brother Elia, finding that they all flowed together, showing an “anatomical relationship.”

We don’t like to force determinations. View for yourself and decide. 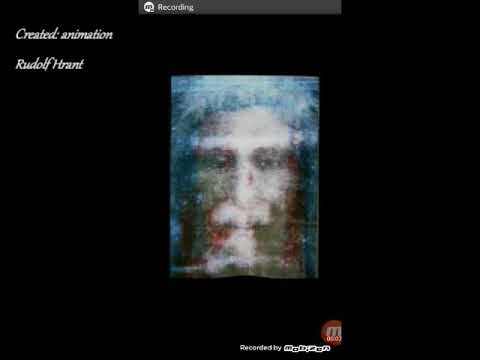