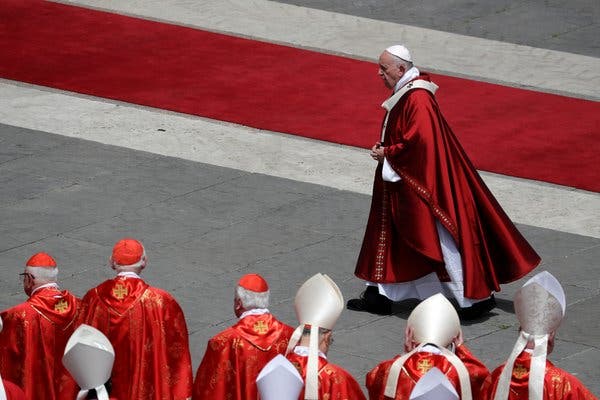 In a potentially groundbreaking move, the Roman Catholic Church on Monday cracked open the door to ordaining into the priesthood married, elderly men in order to meet the pastoral needs of Catholics and indigenous people in remote areas of the Amazon.

Church experts say, and church traditionalists worry, that if the church decided to respond to its dearth of priests in the region by ordaining the “viri probati” — or men of proven character, as they are known in Latin — it could be a first step toward the ordination of married men to other areas of the world.  While affirming that “celibacy is a gift for the Church,” the Vatican proposal notes that there have been requests to consider, for the most remote areas of the region, “the possibility of conferring priestly ordination on elderly men, preferably indigenous, respected and accepted members of their community.” Such men, the document said, could be ordained “even if they already have an established and stable family.”