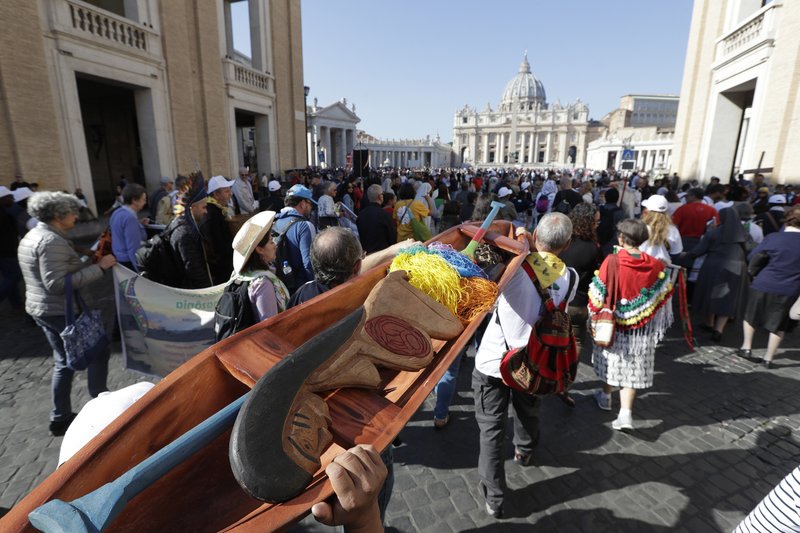 VATICAN CITY (AP) — Catholic bishops from across the Amazon called Saturday for the ordination of married men as priests to address the clergy shortage in the region, an historic proposal that would upend centuries of Roman Catholic tradition.

The majority of 180 bishops from nine Amazonian countries also called for the Vatican to reopen a debate on ordaining women as deacons, saying “it is urgent for the church in the Amazon to promote and confer ministries for men and women in an equitable manner.” The proposals were contained in a final document approved Saturday at the end of a three-week synod on the Amazon, which Pope Francis called in 2017 to focus attention on saving the rainforest and better ministering to its indigenous people.