It was in the news last week, but just barely: a little feature on Fox News, far down from the main stories. The headline: “A Rare Look Inside Cheyenne Mountain Complex, ‘America’s Fortress.'” And it said:

“Deep within the most fortified military installation in North America is a 15-building complex that protects the world from ongoing terror threats.

“The Cheyenne Mountain Complex in Colorado Springs, long dubbed ‘America’s fortress,’ is a bunker like no other. It sits 2,000 feet below solid granite, hidden deep in a mountain, and was built to withstand any type of threat. Inside, workers analyze surveillance systems all across the world, and in space, and send the data to decision makers at the Pentagon to assess threats and determine how to deal with them.”

This is a facility that’s not only splendidly concealed but completely self-sufficient.

And what makes it more intriguing is that it’s a just an hour-and-a-quarter drive — 84 miles — from the massive, sprawling, and mystifying Denver International Airport: “mystifying” because it is so big (one and a half times the size of Manhattan), because it replaced an airport that was neither too small nor that out of date; has very peculiar artwork (including a bizarre red-eyed statue of a bucking stallion right in the front); is such a distance from downtown Denver (nineteen miles farther than the previous airport); and sits atop an elaborate underground system of tunnels and buildings the purpose of which long has been fodder for conspiracy theorists.

Big? Well, it is explained, Denver is the fifth busiest airport in the U.S.; maybe the previous one wasn’t quite up to it. And distance? No one wanted it to cause noise and congestion in the city, official say. The underground structures? As a newspaper said, “apparently, when the airport was first built, it housed a newfangled automated baggage system in its bowels, but the system never worked. Despite its astronomic cost and the amount of space it takes up, it was never fixed, so many believe it was a way to cover up the existence of multiple tunnels leading to an underground bunker.” Suspicions, suspicions. It was even the focus of a documentary by Jesse Ventura.

Now add the mystery of not just of that bizarre horse but Masonic symbols and strange art (including a devil) in other parts of the structure, as well as the fact that it was built by a group identified as the “New World Airport Commission” (which, as a formal organization, does not actually exist) — and that dozens of Masons attended the dedication ceremonies — and you have plenty to fuel imaginations. 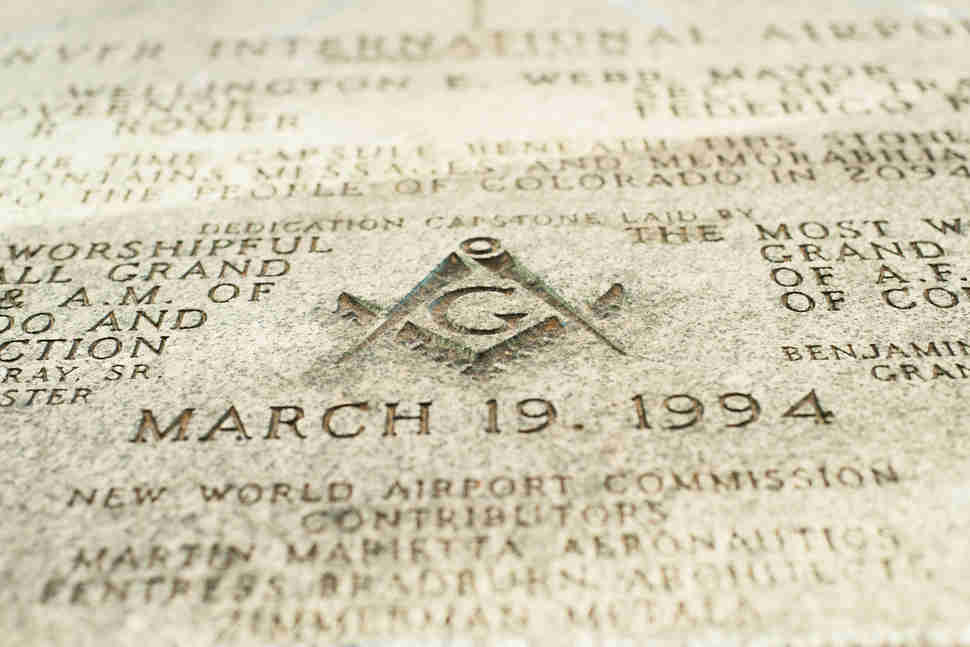 Is it part of a new-world plan; or, are the Masons simply a peripheral curiosity; are the tunnels and underground structures actually, as stated, a mistake (the airport was $2 billion over budget), or does it connect in some fashion with the “fortress” in Colorado Springs, as part of a dystopian military facility?

Another bunker (plus, a transport center) for an apocalypse?

We report; you discern. There certainly seem to be… coincidences.

That 32-foot horse fell on and killed the man who sculpted it — severed an artery. 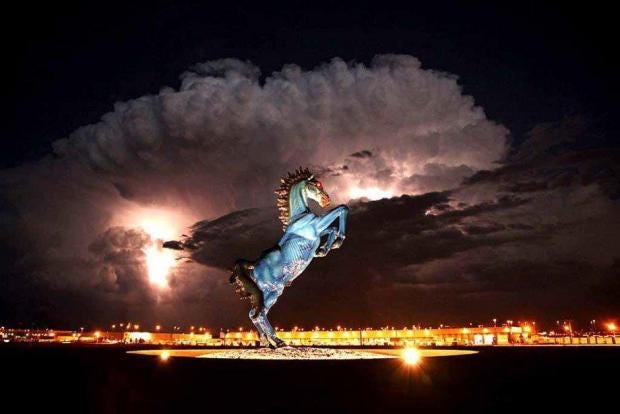