There was news, last week, on the exorcism front, when bishops in the U.S. propagated the first official English-language translation of the ritual, “Exorcisms and Related Supplications.”

That book is limited to bishops — though priests, scholars, seminary professors, and of course exorcists can obtain it with the permission of the diocese. (We are offering the appendix to the U.S. bishops translation, one the laity is allowed to possess, Prayers Against Powers of Darkness; it is in prayer-booklet form here or at the bottom of this article.)

The ritual used to be in Latin, but the translation, bishops believe, makes it easier for more priests to apply it when needed — which seems to be far more frequently than generally recognized. In fact it’s a critical need: there are currently but fifty certified Roman Catholic exorcists, when in reality every diocese, and even large parishes, could use one.

In Romania, the late Father Gabriele Amorth, famed exorcist from Rome, noted, each Orthodox monastery has one. “Just knock on the door and ask,” he once told an interviewer. “It is a little like going to Confession.”

Not so in modern Western Roman Catholicism — which often doesn’t respond to requests from those plagued (calls go unanswered at diocesan offices) or doesn’t grant full-fledged exorcism until a case is passed before a psychologist.

That’s an extremely questionable requirement, given that many psychologists don’t believe in the devil or, if they are Catholic, consider it extremely rare (unlike Jesus, Who saw the need at every turn and commanded His disciples to cast spirits out as a sign that they were followers of Him).

The translation is from the rite that was revised following the Second Vatican Council, promulgated in Latin in 1999, and then amended after problems with it were cited by Father Amorth and others in 2004. (Prayers he recommends, here.)

“The Ritual of Exorcisms and the Prayers for Particular Circumstances, currently in liturgical use, was the last ritual book to have been revised after Vatican II,” he wrote in An Exorcist Explains the Demonic. “When it was published, I criticized it publicly. In particular I contested the fact that in order for an exorcism to be performed, it required the confirmation of clear signs indicating a diabolical possession.

“This is the problem: in order to ascertain the presence of a possession with a certain margin of security, the best diagnostic instrument is the exorcism itself. In brief, without performing the exorcism, it is difficult to determine if there is truly need of it. For this reason, I have continued to use Title XII of the old Roman Ritual of 1614. Naturally, I received authorization from the bishop. Anyway, after my protests the new ritual was corrected.”

Before those corrections, a key problem had been elimination of curses or “spells” as a reason for deliverance.

“An evil spell is an evil brought about on a person by means of recourse to the devil,” Amorth had protested.

“It can be accomplished under a variety of forms like spells, curses, the evil eye, voodoo and macumba.

“The Roman Ritual used to explain how one should confront it. The New Ritual, on the other hand, categorically declared that it is absolutely forbidden to perform exorcisms in such cases. Absurd. Evil spells are by far the most frequent causes of possessions and evil procured through the demon: at least ninety percent of cases. It is as good as telling exorcists they can no longer perform exorcisms.”

In an interview with 30 Days in 2000, Amorth had explained that “during these last ten years, two commissions worked on the Ritual; one which was made up of cardinals and which was responsible for the Praenotanda, that is to say the initial provisions, and the other which was responsible for the prayers. I can affirm with certainty that none of the members of these commissions had ever performed an exorcism, had ever been present at an exorcism and ever possessed the slightest idea of what an exorcism is. Here lies the error, the original sin of this Ritual. Not one of those who collaborated on it was an exorcism specialist.”

Does it hurt not to use Latin?

That’s an interesting question, for there are certainly instances during exorcism when the demon appears especially antagonized by the elegant old language.

Still, the new rite will hopefully help alleviate the crisis of those who up to now have gone untended.

Having it available now in English “should make it easier for a bishop to find a priest who can help him with this ministry,” says Father Andrew Menke, executive director of the U.S. bishops’ Secretariat of Divine Worship.

There is increased need of exorcism due to the increase in drug and pornography addiction, demonic music, sexual immorality, abortion, horror movies and books, and a rise in popularity of “pagan activities” such as wicca, Charlie-Charlie, and using a Ouija board to summon the “dead.”

Father Amorth has often cited the lack of exorcisms as a key crisis in the Church and advises those who cannot find one “to go to a group of the Catholic Charismatic Renewal, who will address prayers of deliverance to them.”

“When the faith retreats,” he told 30 Days, “superstition makes progress. In biblical terms, I can say that people are abandoning God to give themselves up to occultism. The terrible retreat of the faith throughout the whole of Catholic Europe makes people throw themselves into the arms of magicians and fortunetellers, and satanic sects prosper. Devil worship is the object of great publicity among the masses through satanic rock and celebrities like Marilyn Manson. Children are also under attack: there are magazines and comic strips that teach magic and Satanism.

“Spiritualist seances in which the dead are called up to answer certain questions are very widespread. People are now being taught to perform spiritualist seances through the computer, the telephone, the television, the video recorder, but above all through automatic writing. No longer is there a need for a medium: this is a spiritualism that each can practice by himself. According to polls, 37 percent of students have on at least one occasion played the game with letters and a glass, which is a veritable spiritualist seance. In a school where I had been invited to speak, the students told me that they used to play this game during the religion lesson, under the obliging eyes of the teacher.” 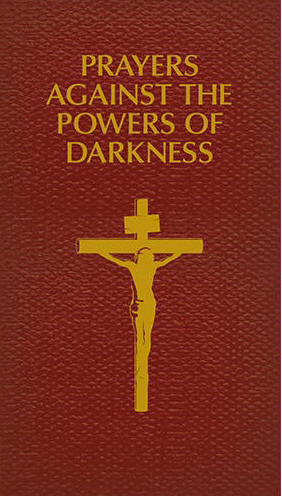