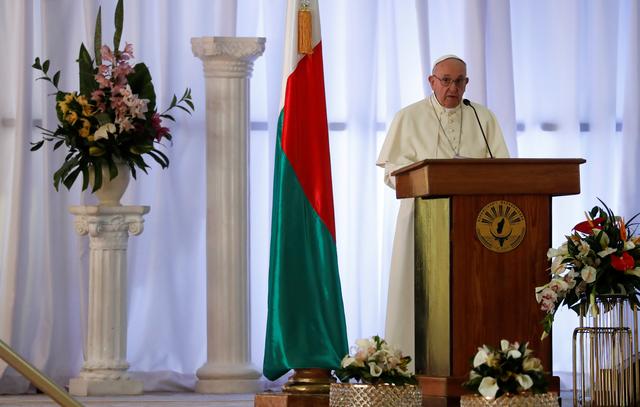 Pope Francis said on Saturday rapid deforestation and reduction in biodiversity in individual countries should not be treated as local issues since they threaten the future of the whole planet.

Francis made his appeal on a visit to Madagascar, the world’s fourth largest island, which research institutes and aid agencies say has lost about 44% of its forest over the past 60 years, abetted by illegal exports of rosewood and ebony. Francis zeroed in on endemic corruption, linking it with equally endemic poverty as well as with illegal poaching and exportation of natural resources.