Conspiracies, conspiracies. And “fake news” — so much of that the Pope himself is campaigning against it.

You’ve heard the outlandish stories that have been circulated against both sides of the political-religious spectrum.

Fake news means something made out of whole cloth — as opposed to biased news (which is factual but presented, as often occurs in mainstream media, in a lopsided way). The term “fake news” is now being misused when in fact it means what you see in the supermarket tabloid such as News of the World. Outright fabrication.

“Pope Francis shocks world, endorses Donald Trump for president,” was an example; “Ireland is now officially accepting Trump refugees from America,” was another; and there was “Pizzagate.” In Macedonia, a whole city seems at work concocting stories for Americans. “Michelle Obama caught in affair — Obama furious,” was one by a man in his early twenties who readily admits to making it all up to generate ad revenue. “THIS JUST IN: Sarah Palin hospitalized after being hit by car.” Read the inside account of one fake news writer here. and see if he fooled you. Another fake newser, from the U.S., died just last week [here]. He openly bragged about hoodwinking many of us conservatives. A main outlet for this stuff: Facebook, which also generates all those nasty comments at the end of posts. 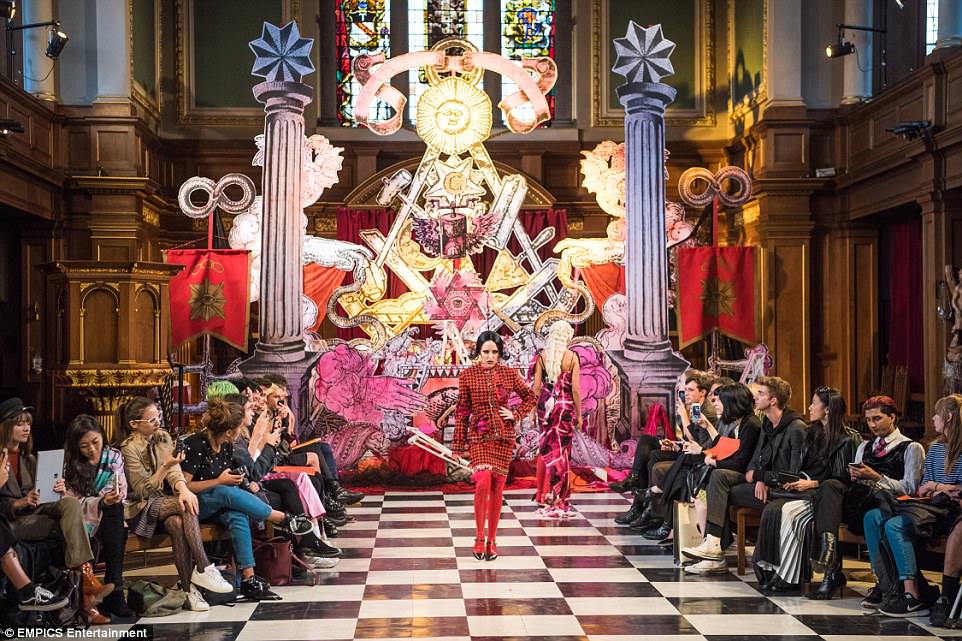 Recently, the strident conspiracist radio-show host Alex Jones (who strongly dislikes the Catholic Church) ran a story about how a Catholic parish in England had allowed a Masonic “illuminati”-themed fashion show to take place on its premises. (The problem, as we discovered, was that the church is Anglican, not Catholic — more a case of inaccuracy, in this case, not outright fakery.) But fake news knows its audience and that audience is big on conspiracies.

Does that mean all conspiracy theories are manufactured? 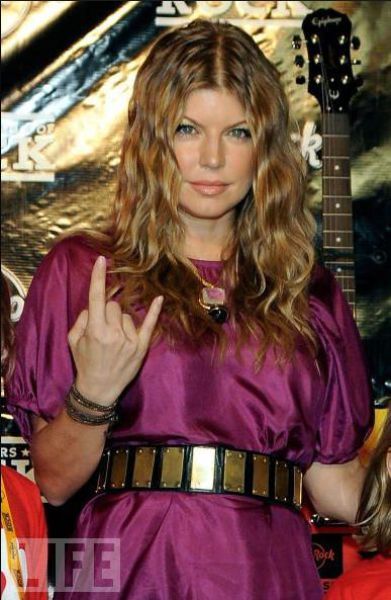 Among the more interesting is the idea that certain celebrities, including world leaders, are using hand signals to subtly convey their allegiance to an international cabal (making “Os” around their eyes, like goggles, or shaping pyramids with their hands, or forming the “devil’s horns”) .

Among pop musicians, this in fact does occur: They are intentionally using Masonic symbols as a trend, the current zeitgeist, and for marketing — more or less, a fad. It catches the attention of young people.

But what about actual political leaders? Is there really a quiet conspiracy — and is participation in it signaled through the “devil’s horns” symbology (which, by the by, is also used in witchcraft)?

The question comes up because of the way Prince Harry of England recently positioned the fingers on his right hand, which he tucked into his suit, during a meeting in Toronto with Melania Trump. In many cases, the sign language seems coincidental: simply how a camera catches fingers at a certain moment; a lot seems too vague to pin anything on and is very possibly unintentional.

But there are times one wonders, and it is getting attention because it does seem like there’s a bit too much of it. As a London tabloid, the Express, asked, in displaying the above photo: “Is Prince Harry showing off that he’s a member of the Illuminati – the secret society which basically controls everything on this planet?”

Yes, a bit peculiar. In fact, he held the finger pose for sixteen seconds. Maybe a prank? Or stating his political objections? Some say it

was simply a camera snapping a bunch of pictures and happening to catch his pointer and finger that way. Often, when waving, not all fingers fold at once, and two can be left for a split second, looking like this.

But it started us wondering about whether, for whatever reason (some say it is a gesture not to invoke but to ward off evil), it was intended as a message, a notion we had not taken all that seriously. 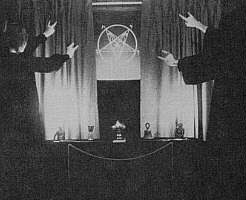 It goes back at least to ancient India, with Buddha, and after that Italy, where the horns of “corna” turned downward are thought to keep the “evil eye” at bay. Other times — when turned up, or pointed at someone, especially with a twisting motion — it is to curse someone. A leading satanist, Anton LaVey, once demonstrated it on TV and said

the two fingers up with thumb tucked in was a curse. However, others say the thumb can be left untucked. A pop band called Coven used it in 1969 on the back of an album called Witchcraft Destroys Minds & Reaps Souls (Mercury Records). It seems a mockery of the way Jesus held his fingers in blessing. 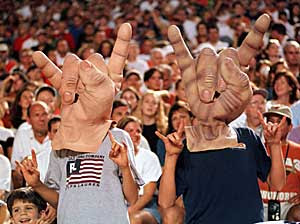 In other cases, politicians are playing to young people or to fans of the University of Texas Longhorns. This is also their symbol. (“Hook-em Longhorns.”) It’s like the “Gator chomp” or wearing a cheese hat at a Green Bay game or giving that dark rock-and-roll salute. (One “musician,” Gene Simmons of the very dark group Kiss, recently tried to trademark the hand signal, which he helped popularize as a way of applause, salute, connection — and who knows what else).

But getting back to the prince: there did seem to be a curious quality to the photographs, and more a sense that it might have been intended. 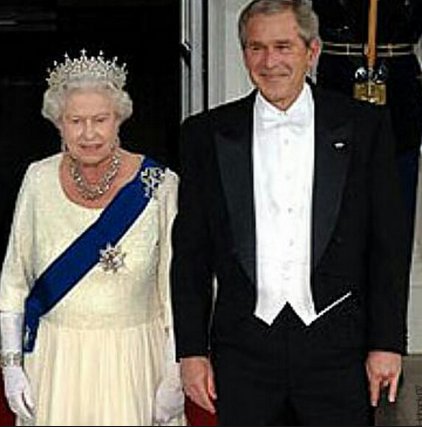 German chancellor Angela Merkel also has been accused of this, as have leaders such as Barack Obama (to name a few). When George Bush was pictured in Texas using the two-finger salute, again: this has to do with the Longhorns, not some cadre holed up in a remote luxurious Swiss hotel. (But what about when he was with the queen?)

If nothing else, the two fingers and sometimes the thumb seem a bit too much like the aforementioned old devil’s horn that used to be flashed as a show of anger or disapproval, of profanity, just like the “finger.” It says: “curse you.” Maybe the devil is playing games in a number of realms — all over the place. 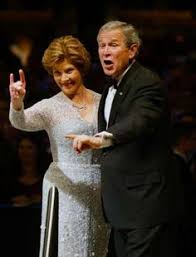 Certainly, one can be excused for being uncomfortable with how using the upraised pinkie and index finger seems to accompany heavy-metal and other rock concerts or any event that is raucous and irreligious, openly lewd and anti-Christian. Sometimes, it’s like saying to society, “In your face.” It’s a sign of rebellion. But it goes beyond that. There is something dark about it. Most conspiracies, when they are real, are not human but supernatural ones. 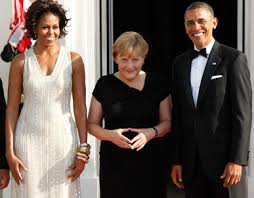 Oh, which is it, Prince Harry? Just a coincidence — only how you like ticking your hand, simple body language, possibly unease, or perhaps to subtly register protest?

And Chancellor Merkel? Actually, the way she often positions her hands reminds some of a different Masonic symbol. Can get we swept up by all this?

It seems like this: some are caught by camera with no intentions of any sign at all, some intentionally use it, not really knowing what it stands for, just that it’s popular, while other seem swayed by a dark undercurrent. 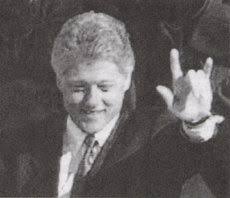 Here’s Bill Clinton, looking like it was simply the way the camera snapped when he closed a wave, and his wife, Hillary, who certainly is using it intentionally (as pictured in Genericfairuse.com).

Perhaps trying to be cool?

Lady Gaga-Ozzie-Osbourne-types, the latest shock rappers, we’ll ignore. But if there is any hidden indication in government: well, that’s a bit more potentially significant. “Even before that all of the above, actor Marlon Brando made the sign while singing in a scene in the 1955 film ‘Guys and Dolls,'” notes Rock108.com.”

And Hollywood Reporter, which said:

“According to Simmons, this hand gesture was first used in commerce Nov. 14, 1974. That appears to correspond with Kiss’ Hotter Than Hell tour. Speaking of hell, the hand gesture appears quite similar to what’s known as the ‘Sign of the horns,’ a devil signal that, according to an entertaining entry from Wikipedia, dates back to the 5th Century BC founder of Buddhism. It’s also the American Sign Language gesture for ‘I love you.'”

Perhaps it indeed means different things to different folks. But it is curious, increasingly so, given its prevalence, and too often associated with evil, making it, however intended, something to stay away from. For the hand sign opens a channel and pay homage, unknowingly or knowingly, to the “prince of this world,” and as such is a sign of the times. 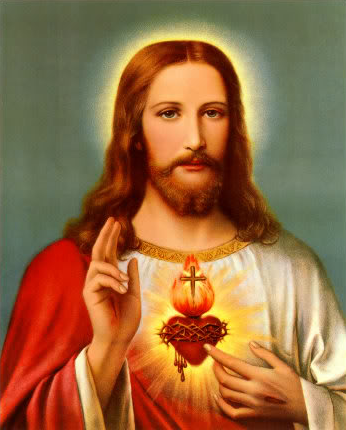