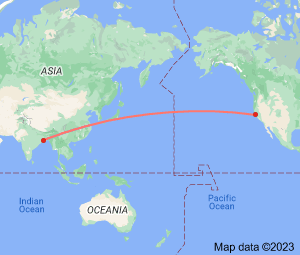 It’s a story hard to match, this one — perhaps impossible.

It’s in the new book, Scandalous Mercy, a compilation of various supernatural and inspirational accounts — nonfiction — by the popular French writer, Sister Emmanuel, a religious with the Beatitudes community in Hercegovina.

And it has to do with a devout Catholic Marine named Jim, who had long dreamed of meeting Mother Teresa.

This was a strong guy, solidly built at age 32, who had ten days of approved leave.

And he decided, in that time off, to fly from San Francisco to Calcutta.

That’s nearly eight thousand miles, and when Jim landed and was taken by taxi through the distant city, he was shocked at the humid, dusty maze that greeted his eyes: the narrow, garbage-strewn, otherworldy streets.  At the door of the Missionaries of Charity, he was greeted by a diminutive Indian sister, who, when Jim said he had come to meet Mother Teresa, said, “I’m sorry, sir. Mother Teresa is not here. She had to leave for Rome.”

Crestfallen — stripped of his dream meeting, having traveled so far! — the Marine swallowed hard, digesting his disappointment but deciding to stay anyway. It was a surrender to reality, an abandonment to Providence. (“Jesus, I trust in You.”) He asked the nun who had met him at the door, and delivered the bad news, if he could help out.

“Of course!” she replied. “There are three ways you could help: clean the house, cook, or care for the dying.”

As Sister Emmanuel tells it, Jim couldn’t cook, and was not keen on tending to those dying. So he offered to clean the building and was given a tiny, noisy room near the street — quite different from the “sanitized, gleaming surfaces of his native country,” writes Sister Emmanuel.

When finally he was given a day off, the sisters there asked if, instead of exploring the city — as he planned to do with the precious time off — Jim could answer the front door.

Disappointed, the Marine nonetheless did as asked, and that morning — when the doorbell rang, and he answered it — who was there but Mother Teresa! 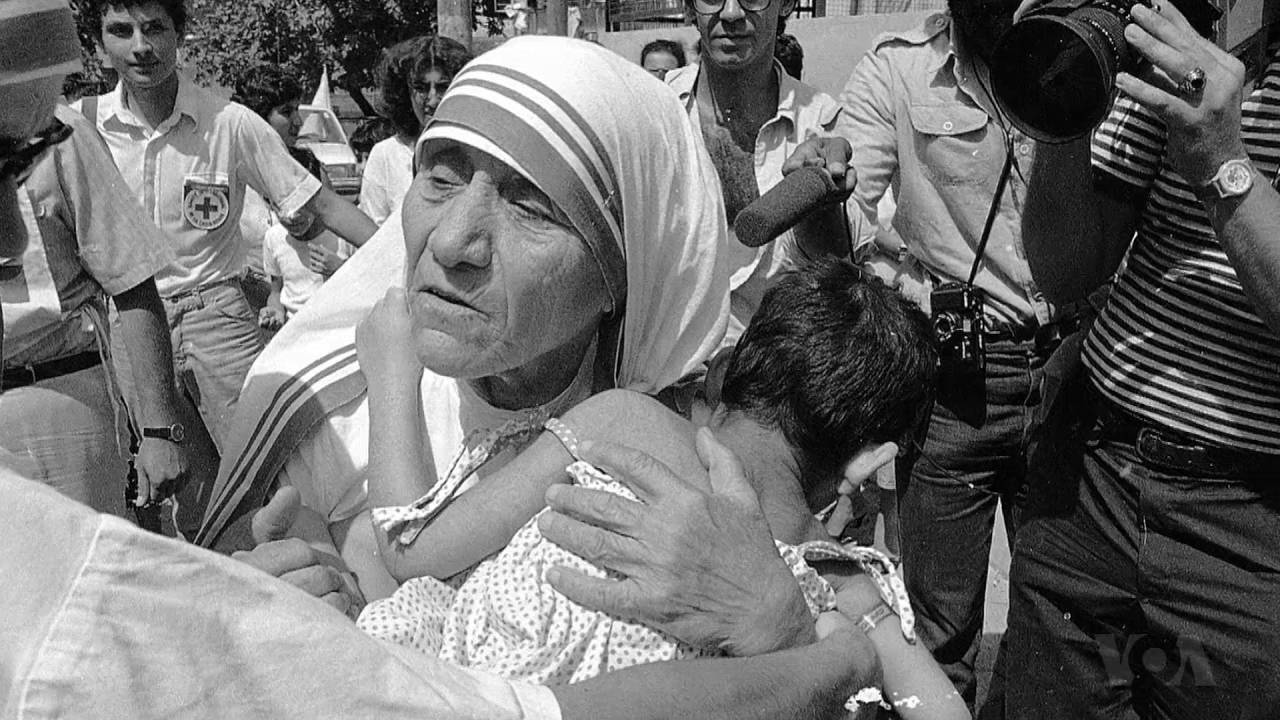 Suddenly he was living a dream he thought had come crashing down on him. There she was, the most famous Catholic in the world outside of the Pope, standing there, half his size, saying few words, her eyes intent but radiating love.

In her Albanian accent, so familiar on television reports, Mother Teresa said simply, “Come with me, we have work to do!” and led him briskly and silently through the slums until they arrived at a bridge where the air was saturated with filth — odors that were nauseating, almost unbearably so. Mother Teresa seemed oblivious to it. Jim was almost retching from it. There, under the bridge, sprawled on the ground, was an indigent elderly man, lying in his own “excrement, vomit, and whatever else had accumulated on his miserable rags for months, if not years,” recounts Sister Emmanuel, the stench so strong Jim had to keep turning his head. The old man had wounds that were infected and had drawn flies.

The Marine rolled his sleeves over his hands so he wouldn’t make direct contact and did as he was told, lifting the man and heading back to the house with Mother Teresa, who when they got there instructed Jim to give the man a bath!

That was about the last thing in the world Jim wanted to do, but neither did he want to disappoint Mother Teresa — nor let the dying man’s final memories include an American who had turned from him in disgust.

And so he began to clean the man in a tub, and soon warmed to the task — gently lifting the homeless stranger (who kept slipping to the bottom of the tub) and letting fresh water course soothingly over the man’s open sores. As he rocked the man in his arms, letting him know he wasn’t alone, in his final hours, Jim claims the old man transformed.

Jesus was now in the Marine”s arms. No amount of blinking could dispel that! It’s what Jim saw or thought he saw. “He was holding the Lord in his arms!” writes Sister Emmanuel in this very worthwhile book.

“Not a vision, but Jesus Himself. He had holes in His hands and feet. His side was pierced. His swollen Face bores the traces of injury.”

This would be enough for the account, better detailed in the book, to be a blockbuster. But as Emmanuel tells is, there was more: When Jim looked back, the man in his arms was the homeless, dying fellow again, and Mother Teresa was gone.

It took hours to recover from the shock. He went to his room He was shaken to his core. When he pulled himself together, he sought out Mother Teresa to asked what had happened.

Jim insisted otherwise. He’d seen her! He’d met her! He’d walked the filthy impoverished alleys with her, to that bridge!

The nun only smiled and said, “Ah, yes, I understand. She does that sometimes.”

“Today, among the U.S. Marines, there is one man whose dream came true,” says the book, “and his life will never be the same. Under a small bridge in Calcutta, in the middle of the darkest human dereliction, he touched the Face of God.”

[resources: Scandalous Mercy and The Hidden Child of Medjugorje] 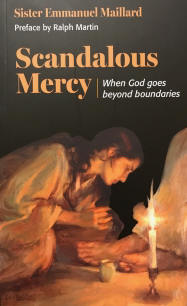