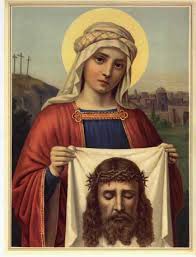 Many are aware of who has caused the problems that we are facing in the Church today – Satan and his cohorts. But how many are aware of how he conned us into this crisis?

I believe that the strategy that he used pertains to our prayer life. I believe that he began his devious attacks on the Church by encouraging us to diminish our time in prayer.

As you may recall I was trained by the Benedictines in high school. I learned the motto of Saint Benedict – namely “Ora et Labora” – that is “Pray and Work”. That is what he taught his followers. Both prayer and work are important practices – however prayer is more important than work.

After World War II, unofficially in France many of our religious men went to work in the factories – to be among their lay brothers and sisters. As a result, they altered by practice what St Benedict had stressed. For them the motto of St Benedict became “Labora et Ora” – that is “Work and Pray”.

Because of this, many priests, especially at our Catholic high school accepted this teaching. As a result, we diminished our time in prayer. For we believed that since our school work is  prayer, we no longer needed to pray as much. Many of us no longer prayed the Divine Office. Many even stopped praying the Rosary. Though we still offered Mass daily.

When Pope Paul VI promulgated “Humanae Vitae” in 1968 and two priests from the Archdiocese in Washington DC proclaimed that the Holy Father was wrong in his proclamation about the immorality of contraception, many priests rejected his teaching of this truth – including the majority of the priest teachers at my high school.

The second effect was that many no longer had the spiritual strength to resist temptations. Satan tempted us in our weak spots. And this resulted in our giving into sin. At the same time many denied that what we did was sinful.

The third effect of our diminished prayer life was that we saw the darkness within the Church and we were tempted to leave the priesthood. Many did – most of my priest friends did.

I did not. Why? Because a number of my lay brothers and sisters were praying for me. Their prayers spared me.

I did not leave the priesthood.

Instead, I was graced to experience the blessings that God offered to the Church through the Catholic Charismatic Renewal.

That happened as a result of our diminished prayer life.

What happened next was even worse. For Satan persuaded some other priests to remain in the priesthood – to teach our young people falsehoods – such as 1] one did not need to worship God on Sundays by going to Mass, and 2] it was ok to be sexually active without being married – with those of the opposite sex and/or of the same sex.

Today he is corrupting pre-adolescent youth through pornography on their cell phone and IPads and through various games, videos, and motion pictures.

Michael, may God continue to guide you and help you to spread the Good News through your ministry.