There is an account in a little book (one of many dealing with life, God, and miracles) about the phenomenon of the three o’clock hour. We’ll get to the booklet in a second.

We have hashed this over a number of times. It keeps coming up. We know about the afternoon: three p.m. is the hour designated as the end of the Crucifixion, the time of Our Lord’s death — the most momentous hour since Creation.

In the 1900s, Saint Faustina Kowalska of Poland received revelations from the Lord that accented this hour, including the potent Chaplet of Divine Mercy, which tradition says should be recited at three p.m. (and is celebrated in a special way this Divine Mercy Sunday).

(“….When they say this Chaplet in the presence of the dying, I will stand between My Father and the dying not as the just judge but as the Merciful Savior,” the Lord told Faustina in 1935).

But what about that almost bewitching, corresponding, and crosswise hour of three a.m.?

Here we get more mysterious.

For through the years — as many of you know — folks have told us they’ve had striking experiences indicating that this is a time when prayers are especially powerful, or when evil is particularly strong (and must be countered), or that the middle of the night is when the “veil” thins.

Perhaps it is simply the quiet of night?

Or is it a second time of the day for the Chaplet? 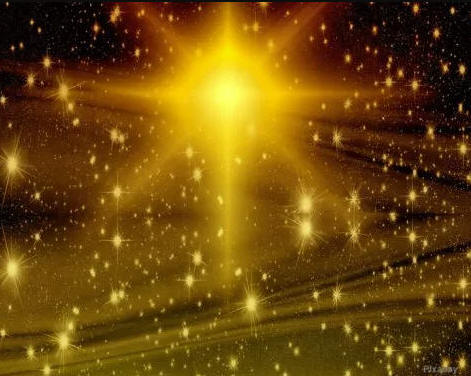 Is there some sort of confluence in the spiritual world?

Time after time, we’ll read of a major event or death and in the article, it will mention that it occurred at three a.m.

Fire. Murders. Holy deaths. There are even a movie, song, and magazine, all called 3 A.M.

Some say there are many deaths at this time because it is when the body is weakest.

One viewer wrote to us citing the fact that another major mystic (this one in Italy) had explained — in her own revelations — that night prayer, especially at 3 a.m., is “for adults to make amends for the sins of the night, to keep Satan away from weak people, and that culprits may ponder, repent, and make good resolutions which will become facts at sunrise.”

In Miracles from God and Challenges of the World, Father Robert Gamel writes of a friend named Jimmy who had been in the seminary for a while, before leaving to start a family. (His entrance into the seminary was a story unto itself: he had asked for the Lord to send a full can of beer on the beach where he was sunbathing as a sign if he should seek a vocation and one had washed up!)

Unfortunately, when his children — a boy and girl — were young, Jimmy developed a cancerous tumor in his muscle tissue that eventually spread to his lungs.

As Father Gamel writes, “His wife could not handle the fact that he was dying and refused to take care of him. He offered his pain and suffering for his wife and kids. He spent the last weeks of his life with his parents separated from his wife and the kids he dearly loved.

“In this phase of Jimmy’s life, he was truly experiencing the Crucifixion of Christ. Abandoned by his family, his parents watched him die.

“Then came the unexpected miracle from the Lord:

“He died at three a.m. as the clock outside his room struck the hour. This was the hour of Divine Mercy [in Father Gamel’s interpretation of the morning hour]. This was also the first time that clock had run in two weeks!

“How incredible it had stopped right before the exact time of three. And even more incredible, it decided to run again at that moment. 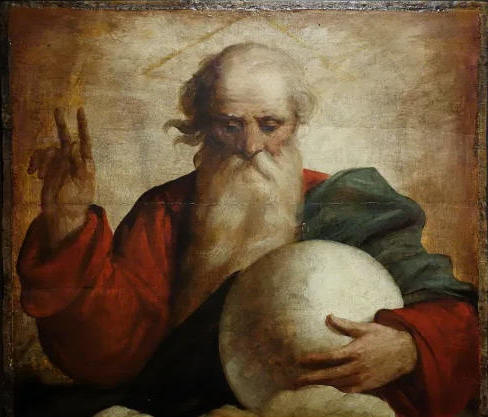 “But the miracle was not over; Jimmy had managed with his last breath to place his hand on his chest giving the peace sign to all who were there. That was how Jimmy always said goodbye to people. And now he was saying his last goodbye. His crucifixion ended. His sacrifice complete.”

“Thank you for making me feel that I am not the only one who is experiencing the ‘3 am wake up,'” wrote Angela Biggs of Forth Worth, Texas. “I have been waking up at 3 a.m. for many years now. During the eighties and nineties, it was almost every night. Since then, I wake up at 3 am every night with few exceptions. Interestingly, the time  change does not seem to effect the ‘3-a.m. wake up.’ During standard time I wake up at three a.m. During daylight savings time I wake up at 3  a.m. When I am traveling, I wake up at 3 a.m. in the time zone where I  am. I have been complaining to husband, doctor, and friends about this for years, because I felt it could be taking a toll on my health. A few years ago, a spiritual author and lecturer was on our local public broadcasting station asking the same question, because he too is awakened every morning at 3 a.m. He said 3 a.m. is when he does his best writing and that we should keep a journal of whatever we are thinking or experiencing at that time. I have three dogs. They sleep on the floor at the foot of my bed. They wake up at exactly 3 a.m. every morning, and if I am not awake yet, they begin to urgently scratch my bed until I am not just awake, but wide awake, so much so that I have to get out of bed to get them to stop! And if I go back to bed, it starts all over again.”

“For many years have been having this happen.  Before the internet I thought it was just happening to me! After I read the diary of St. Faustina I understood better. Many times I have heard a male voice say my name which is what woke me up at that time. I became a Third Order Carmelite in 2001 and when I got to know my guardian angel I realized it was his voice, and he also will wake me up anytime I ask him in the mornings, right down to the minute.  I have not had an alarm clock for over fifteen years and I have to get up a lot of times very early to travel to show my dogs. If I say, ‘Angel, wake me up at exactly 4:37 a.m.,’ I will hear my name, sometimes twice and louder the second time, and look at the clock….exactly 4:37!  One night a few years ago I woke (at 3 a.m.) to an evil shadow hovering above me within an inch.”

However, she felt an angel come instantly to rid the darkness.

Noted Janice Stravinskas of Saugus, Massachusetts: “I have been awakened suddenly at this hour, many times, with promptings to immediately begin praying the Divine Mercy Chaplet, to ask for mercy on the world.  I have read Sister Faustina’s Diary, cover to cover, and after that began a serious devotion to the chaplet. Since then, I have had these experiences of being suddenly awakened, at this hour, mostly between 3:00 am and 3:30. After I pray, I return to a nice peaceful, restful sleep.”

Some years ago, another wrote us to say, “Probably Christ ‘rose from the dead’ (after descending into Hell) on the third day (Easter Sunday) at 3 a.m. Three being a sacred number.  3 a.m. being shortly before dawn. I have also recently been waking up and praying the Divine Mercy chaplet during the 3 a.m. hour. I believe this is a forerunner to the return of Christ.”

[resources: Faustina: The Mystic and Her Message and Sister Faustina and the Holy Souls in Purgatory]

[Feedback from the mail: “Hi Michael, I recently read your story about awakening at 3 AM. Interestingly, in the book City of God by Mary of Agreda, Jesus arose from the dead at 3:00 a.m. and appeared to his mother and stayed with her for 3 hours (end of the third book The Transcription). It is a great time to renew our consecration to our Blessed Mother.”]