“All of society is subject to a demonic deception, in so far as it accepts an unbelieving point of view.” He went on, as the publication reported, to “say something more unexpected — that those who seek a self-centered happiness ‘belong to Satan.’ [Let those words sink in.]

“He explained that the traditional threefold temptation of the world, the flesh, and the devil is still relevant today. These elements combine in a spiritual battle for each soul, attempting to draw it away from Christ and, if they are not combated, will ultimately lead the soul to reject God. If the exorcist deals with an extreme example of this in possession, then Christians are obliged to examine their consciences for the first signs of minor, but no less insidious, ‘turning aways’ that later have dire consequences.”

They are words, from the prominent priest, that come at a time of dramatic materialism and exploitation in the West: from Toronto to Miami, everything has turned to fool’s gold.

In Washington, D.C., Monsignor Charles Pope has rung the same alarm, noting, also recently, in a list called “the tactics of the devil,” that “Our path is toward Heaven, along the path of faith, obedience to the truth, love of God, and love of neighbor. The devil does all that he can to turn us away from our one true goal. The devil tries to make us too absorbed in the passing things of the world. Many claim that they are too busy to pray, go to Mass, or seek other forms of spiritual nourishment. They become absorbed in passing, worldly things and ignore the lasting reality that looms.”

Worldliness is not just a fault; it tends to a grave sin. When we think we can have it both ways — that we can enjoy the luxury worldliness offers, while at the same time being “devout” (and from time to time we’ve all done this) — we’re actually what Jesus called “lukewarm.” Call it also the tipping point at which evil enters.

“Mine is not a kingdom of this world,” said Jesus (John 18:36). “All who are on the side of truth listen to My Voice” — not the gongs of the stock market. “Children,” said Jesus in Itaparinga, Brazil, “he who truly loves Me and My most Blessed Mother does not love the world any longer, because the world for these persons is no longer of major importance.” Instead we love The Word.

That Voice spoke also of the “narrow gate.” Yet, how many are blinded due to the scales the world puts over our eyes? Only with Christ do we see. (“They were all filled with the Holy Spirit, and began to speak about the marvels of God,” Acts 2:4; 11).

And as far as “lukewarm” (see Revelation 3:15-16), Jesus said: “I know your deeds, that you are neither cold nor hot; I wish that you were cold or hot. ‘So because you are lukewarm, and neither hot nor cold, I will spit you out of My mouth.”

As a commentator on those who are lukewarm observes, “They compromise with the world because it’s the most popular choice. They care more of what others think rather than the Lord.”

Pope Francis added during his daily morning Mass — again, recently — that there are those in the world who have too much wealth and that their hoarding of money and land in the face of hungry children with no access to medicine or education is the equivalent of making “human sacrifices.” It is, he said, an “idolatry that kills.” If we commit that, it is not a mere diversion; it is something that could cause us to brush the phlegethons of sheol.

We are either “fools for Christ” or “fools for the world.” If we’re with Christ, the world considers us  fools; if we are of the world, we’re fools, in the eyes of Heaven, for what is passing.

Which are we — of the Lord or of the world (and the prince of this world, who Jesus said, and as the exorcist warned, is the devil)?

[resources: Devotion to the Sacred Heart and Seven Lessons From Heaven] 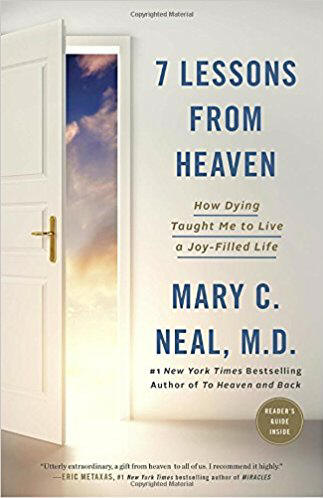