When one hears of a book about Church teachings, frequently the eyes glaze over. The word “boredom” often comes to mind. Dry theology or pedantic Bible teaching is tedious.

And when something is tedious, it loses much of its purpose and much of its punch. A crisis this is in Catholicism and other Christian faiths. 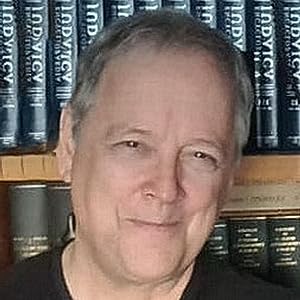 Father Scott Randall Paine’s The Other World We Live In is a teaching book that isn’t monotonous. A barn-burning-page-turner? Well, again, a teaching book. It’s not a book of entertainment.

It can change the way you look at various aspects of your spirituality (without getting bogged down), and that’s helpful indeed. (The subtitle: A Catholic Vision of Angelic Reality.)

Engaging is a chapter entitled “The Tactics of the Devil.”

Cutting to the chase, the priest exposes uncontrolled appetite — concupiscence — as the heart of the enemy’s greatest temptations.

“Sins of the flesh have to do with abusing our life-giving powers of procreation, surrendering to lust irrespective of the responsibilities of life,” he writes. “But the devil is, as we [know], the Murderer, and promotes not only the many homicides that result from the passions of disordered sexuality, but even more directly, all sins against procreation and our God-given fecundity.”

And as he makes clear, it isn’t just sex; it’s also nimiety (overindulgence) — to be kept in mind, perhaps, after the Thanksgiving, Christmas, and New Year feasts (whew!) and now headed to that secular holiday called the Super Bowl.

It is a sin against Creation when we overindulge and when we ignore our health and that of others.

“There are usually three steps in anti-life tactics,” the priest notes. “a) indulgence and excess; b) perversion: excess eventually brings a sense of glut, and the appetite seeks variety to keep the pleasure coming; and c) self-destruction: the sterile draining effects of perversion leave a person feeling like a squeezed-out orange, and not infrequently, thoughts of the ultimate act of passion may logically arise: the destruction of life, even suicide.”

The devil is the great Deceiver (leading us to temptation) and also the grand Accuser. He’s constantly trying to discourage you. A solution: fasting. Another: fleeing to Scripture– perhaps the Psalms, which, as Father Paine relates, repeat over and again “for His steadfast love endures forever” (twenty-six times in Psalms 136 alone) — emphasizing the confidence we must have in His mercy.

We all know or should the power of Mass.

We all know or should that Confession can be as powerful as an exorcism.

We all know or should realize the great aid of Mary and Joseph and the angels (how often do you invoke them?).

But then there is what Father Paine calls “camouflage.” One method of that: sacramentals.

“A decline in the proper use of the Church’s numerous sacramentals has honeycombed our lives with little passageways for the gatecrashers of hell,” writes the author, a priest in the Archdiocese of Brasilía, Brazil, with a doctorate in philosophy.

“Back when Holy Water was used in most Catholic homes, Scapulars and Miraculous Medals were around thousands of neck, priests frequently and gladly gave their sacerdotal blessing, and chaplets jingled in pockets at least as much as car keys — back then, most of those little doors were kept shut. Some of them were even slammed shut, as when a priest performed the simple exorcisms recommended by Leo XIII.

“But today we are all like scared rabbits that some might call superstitious. So, we leave the doors open, and the gatecrashers soon show up.”

Even the devout forget.

Remember your authority over demons in Christ. (“Begone, Satan!”)

“Even while sojourning in this crazy world,” writes Father Paine, “if we learn to faithfully live the fourfold love — love of God, proper love of self, love of neighbor and, yes, love of enemy — we shall be walking like invisible men through all the riotous armies of hell.”

[resources: The Other World We Live In]