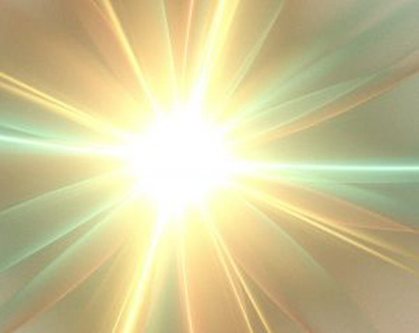 [adapted from Michael Brown’s The God of Miracles]

Adoring God brings a terrific force. He illuminates with shafts of light. Tapping into that brilliance is the key to many miracles.

Light is life and light is love.

Especially does it tap into healing. “Approximately one-third of the Gospel is taken up by the cures wrought by Jesus in the brief period of His public life,” noted Father Raniero Cantalamessa, the preacher of the Pontifical Household in Rome. “It is impossible to eliminate these miracles, or to give them a natural explanation, without distorting the whole Gospel and making it incomprehensible.”

We think of miracles at Christmastime and the power of the Holy Day is that with the Infant we are called to a miraculous life.

That is an important message for our time. We live at a moment in history when science is trying to declaim anything that may be supernatural and when even many in religious institutions have lost belief in such interventions (as if the Holy Spirit stopped shedding such grace 2,000 years ago).

Actually, Jesus told us — upon His Ascension — that He would be sending the Holy Spirit with ever more force, and it is the Holy Spirit Who works miracles. This is why it is important to constantly invoke Him in the Name of Jesus. The coming of Jesus Himself was the greatest miracle.

Through the miraculous, we convey His message. And we are to spread that message to the “ends of the earth.” The instruction manual is in the Book of Acts. “Grant to your servants, even as they speak Your words, complete assurance by stretching forth Your Hand in cures and signs and wonders to be worked in the Name of Jesus, Your holy servant,” was the prayer of the apostles — and through their hands, says Acts 5:12, “many signs and wonders occurred among the people.”

We are called to the same.

According to a Connecticut researcher, one woman who was in the midst of open-heart surgery saw a wall open and a brilliant light pour out. A bearded man appeared in the light. Inexplicably, her heart valve was healed and the surgeons had to do nothing.

I once spoke to an internationally-known cancer surgeon in Philadelphia named Dr. Michael H. Torosian who prays before every operation. That includes the request for assistance from the patient’s guardian angel, added a psychotherapist who works with him. And the results, says the surgeon, are often “remarkable.”

“A lot of physicians have a hard time grasping this because they’re taught as scientists to ‘prove’ things and you can’t prove a lot that goes on in the spiritual realm,” he noted. “But we see a lot of things that you can’t explain with just physical data.”

God orchestrates as we never could because God sees infinite  dimensions that weave in and out of each other but are not visible to us. (The bells of Christmas are the tinkle of heavenly music.)

Prayer affords the opportunity for the Holy Spirit to enlighten and work within us — and He does so in various ways that can be viewed as miraculous. Time and again I have seen miracles spring from faith if that faith is unwavering. We live in extraordinary times, and should take advantage of the extraordinary graces. God can make us understand anything!

When we suddenly see through the fog these are the shafts of God’s illumination. I know a physician who was himself healed of “inoperable” spinal cancer after a display of unusual light from the sun at a site of apparitions.

Often the miracle is “indirect.” Frequently, the Lord works on a subtle level. His miracles occur over time. It is important for us not to force things. He shows us that in nature. It can take more than a generation for a single olive tree to bear fruit, but once it does, it does so for centuries.

The same holds true for us — not that we have a generation of time to spend, but that the firmest advances in our life take gradual and persistent development.

We should not “gulp” down life, nor rush-rush through it, but seek to slow time itself down.

When it comes to curing illness, the subtle miracles often come through diet and lifestyle changes, which can themselves be inspired by the Light of the Holy Spirit.

It is that Light that comes through prayer from the heart and the Eucharist and must be the focus of Christ-Mass.

We should always pray to the Holy Spirit for instruction on what to eat, for only the Holy Spirit truly knows what’s at issue in our bodies, and our bodies are too complex for us (or our doctors) to fully grasp.

But no mistake: there are also extraordinary miracles.

As the pontifical preacher warned, “the miracles of the Gospel present unmistakable characteristics. They were never carried out to astonish or extol the one working them. There are some today who allow themselves to be fascinated when listening to those who seem to have certain powers of levitation, of making things appear and disappear, and other such things,” which tend toward the occult. Occult miracles are dangerous.

But they are outweighed by good ones, and those good ones come from the Light of Jesus adored if we adore Him as the shepherds did, as did the wise men. All around us, it grows all the brighter when there is deepening darkness.