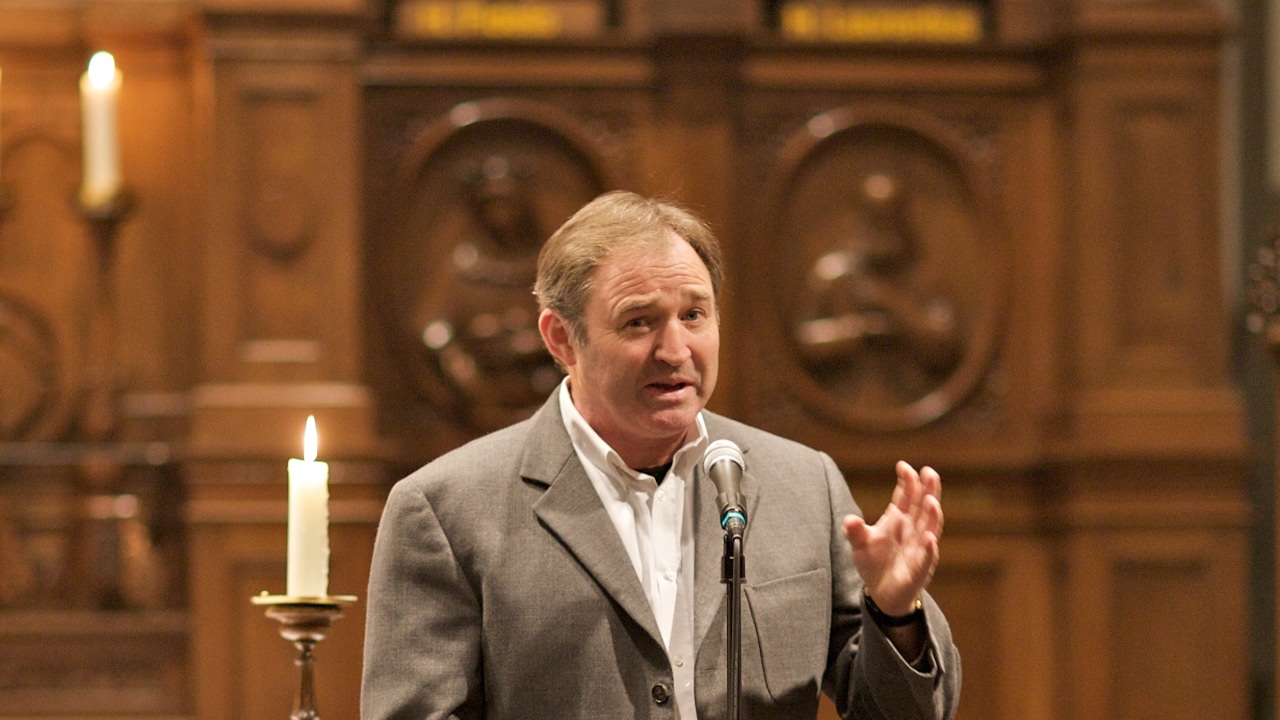 The story of Alan Ames of Australia — known to many Catholics in the U.S., where he has conducted healing services (along with more than forty other countries)  — began back in 1993, when, living the life of a heavy drinker, and in a hotel in Adelaide, during a business trip, he suddenly had an experience whereby a figure arrayed in black (actually a spirit) “all of a sudden grabbed me and began to strangle me,” recalls this man who was a fourth-degree black belt but found himself defenseless in that dark room.

It was totally out of the blue — or better put, black. He had no idea what was going on. “I thought, ‘I’m going to die,'” says Ames, who was a pharmaceutical salesman at the time. “It was a dark-like male figure with very large hands and teeth. You could see the blazing red eyes. Complete hatred. Then all of a sudden I heard this voice in my head say, ‘Pray an Our Father.’ In desperation I began to pray it.

“Now, I never went to church, even though I was a baptized Catholic. But I started praying and it stopped and then he attacked me again and I started praying again and it stopped. This went on all night, and I was terrified. He was full of hatred. I was never terrified of anything in my life before. I thought I was going to die. I was lifted off the floor and shoved against the wall. The next morning there were  marks around my neck.”

It was one of what turned out to be “many attacks by evil” but attacks he was learning to fend off with martial-arts-of-the-spiritual kind. “All of a sudden I saw the power of the Our Father,” says Ames. “When I started praying it, all of a sudden the attacks just stopped.”

It was the beginning of mystical experiences that continue to this day.

A few weeks after the attack, Saint Teresa of Avila began speaking to Alan, encouraging him to pray the Rosary. His mother always prayed that — including for his conversion — and once in a while she had mentioned Saint Teresa to him.

Now she was coming herself to directly urge the errant salesman to pray the Rosary.

At first, says Ames, her words came as locutions. But soon she appeared to him visibly. Even his dog saw her, reacting by scooting in and out of the room. “She sat in a chair and was very strict,” claims the Australian evangelist. “She said if I didn’t pull myself together, I was going to go to hell. I needed to change my life completely. I was extremely violent. I used to like hurting people. That’s why I had a fourth-degree black belt. She said I had to receive the sacraments. That was a big thing she was asking of me!”

But Ames followed the admonitions, and next, allegedly, came locutions from, and visions of, the Lord and His Blessed Mother, which continue to this day.

A key message of the Blessed Mother was obedience. “She told me I had to be Catholic and completely obedient to the Church,” he says. “It’s important to be Eucharistic. And obedience is critical. The ‘other one’ [Satan] is the ‘prince of disobedience.'”

“Jesus told me to go to the archbishop, explaining everything that was happening, and if he asked me to stop, I had to stop [the mystical experiences] immediately; I had to be obedient.” 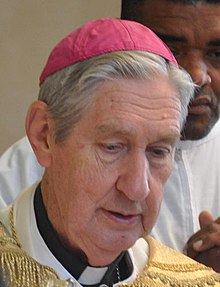 That was Archbishop Barry James Hickey in western Australia. Ames scheduled a visit. “I spent a long time with him and explained everything going on and he gave me his support and encouraged me to go out and talk about what happened in my life,” says Alan, who was surprised by the time the bishop allotted him. “He appointed a spiritual director for me, and it was very wise — a priest who didn’t believe what was happening in my life. Within about three months, the priest became my strongest supporter.”

And so it is that while such mystical happenings were daily at the start, now there are more locutions than visions — perhaps three or four visions a week, while the locutions go on all day. Everything Ames hears and sees is turned over to his archdiocese, which readily sends out letters allowing his appearances in churches around the world.

Half of his messages he receives are for personal spiritual growth, says Alan. The other half he has put in books. He has been laying on hands and praying for people now for a quarter of a century — and has seen amazing results, including a blind man who regained his vision. He never knows who will be cured and who not.

It was eight months after the Lord first came to him that He allegedly said, “I want you to pray for healing.”

“I started praying and nothing happened for six or seven months,” recalls the former salesman. “The Lord told me to keep praying. One day I went to a church and prayed for people and the healing just began. I asked the Lord why it finally happened, and He said it was my perseverance and faith and trust. ‘It’s that perseverance that opens you up to the Grace.'”

‘It’s that perseverance that opens you up to the Grace.'”

Ames has received prophecies but keeps them private. As far as world circumstances, he sees the West as “very weak” due to secularism, especially the U.S., Canada, France, and Germany. “The U.S. is particularly bad.” As far as the Church, says Ames, “I think Pope Benedict’s prediction [of a smaller, purer Church] is coming true,” adding, “There’s enough attacks on the Church from without, without needing any from within. The Lord and Blessed Mother have always told me to be obedient. We don’t understand what God’s Plan is for the Church. We don’t know fully what’s happening. We have to go to where the Pope wants us to be, unless he goes against Faith and Morals. What the saints had in common was obedience.”

In Africa — particularly Kenya and Ghana — Ames says he has observed the faith as very strong, as it is too in Poland. He has seen as many as eight thousand show up for early-morning healing Mass in Africa — some walking three days to be there. “They really are a light in the dark,” he says. “And in the States, there are many wonderful people — those groups of good holy people, priests, and bishops. At the moment it’s a really hard battle, but you have to keep up and know the Church will end up strong. It will be a good, holy people. There will be persecution, but it’s nothing to be afraid of. It’s part of our faith.”

The Lord told him: “Don’t worry about tomorrow, and no one knows about the end times.”

Does evil still show up? “It still attacks,” says Ames. “It seems to go with the territory. When the evil one attacks me now, I say to the Lord, ‘any graces poured out, please use to save souls.’ I offer grace from prayers during attacks.” That makes the devil his own enemy.

“Anyone can pray for healing,” Alan believes. “I encourage everyone to do it because God will reach out and touch people.”

The message is always the same — to love God and put Him first and focus on Him in everything without ceasing and live your faith. Go to the Eucharist frequently. Become a vessel of Grace. “You have to share Him,” says Ames. “He fills you and can come out through you to touch others. If every Catholic did that, the world would be a different place. “ 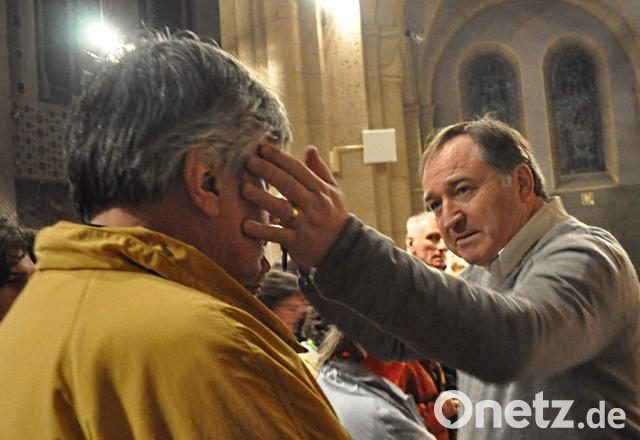 [As always, we urge those attending healing events to pray and fast beforehand, especially when there is laying on of hands]