Recently, much has been made, including on this news site, of the Superior General for the Jesuits and a remark he made to the effect that the devil is merely symbolic.

“We have formed symbolic figures such as the devil to express evil,” Father Arturo Sosa told El Mundo. “Social conditioning can also represent this figure, since there are people who act [in an evil way] because they are in an environment where it is difficult to act to the contrary.”

It was a bit startling at the same time, somehow, as it was not surprising: Jesuits are famous for their modernism — that is, Northern Hemisphere Jesuits.

I recall attending the wedding in the mid-1980s of a close friend from the Washington Post who had attended Fordham University’s School of Journalism with me back then and how a Jesuit professor we both had, a priest who also wrote for and edited magazines such as Commonweal and America, and was seated at my table, replied in the negative when (as a recent returnee to the Church) I asked if he believed in saints and the existence of Satan. “Of course not,” he said, or something to that effect, and when I remarked that I did believe in such, barked, “I know you do,” in a tone that was unmistakably condescending.

I can imagine a good number of Jesuits who do not believe in the devil’s existence but it is startling to hear to superior general admit as much, because the most famous Jesuit in the world does.

He is now called Pope Francis, and he has mentioned the devil as much as or more than any Pope in the past one hundred years.

In his very first homily as Supreme Pontiff, on March 14, the day after he was elected, Francis warned cardinals gathered in the Sistine Chapel that “he who doesn’t pray to the Lord prays to the devil.”

The mentions have continued unabated.

October 11, 2013: “There are some priests who, when they read this Gospel passage, this and others, say: ‘But, Jesus healed a person with a mental illness.’ They do not read thus, no? It is true that at that time, they could confuse epilepsy with demonic possession; but it is also true that there was the devil.” 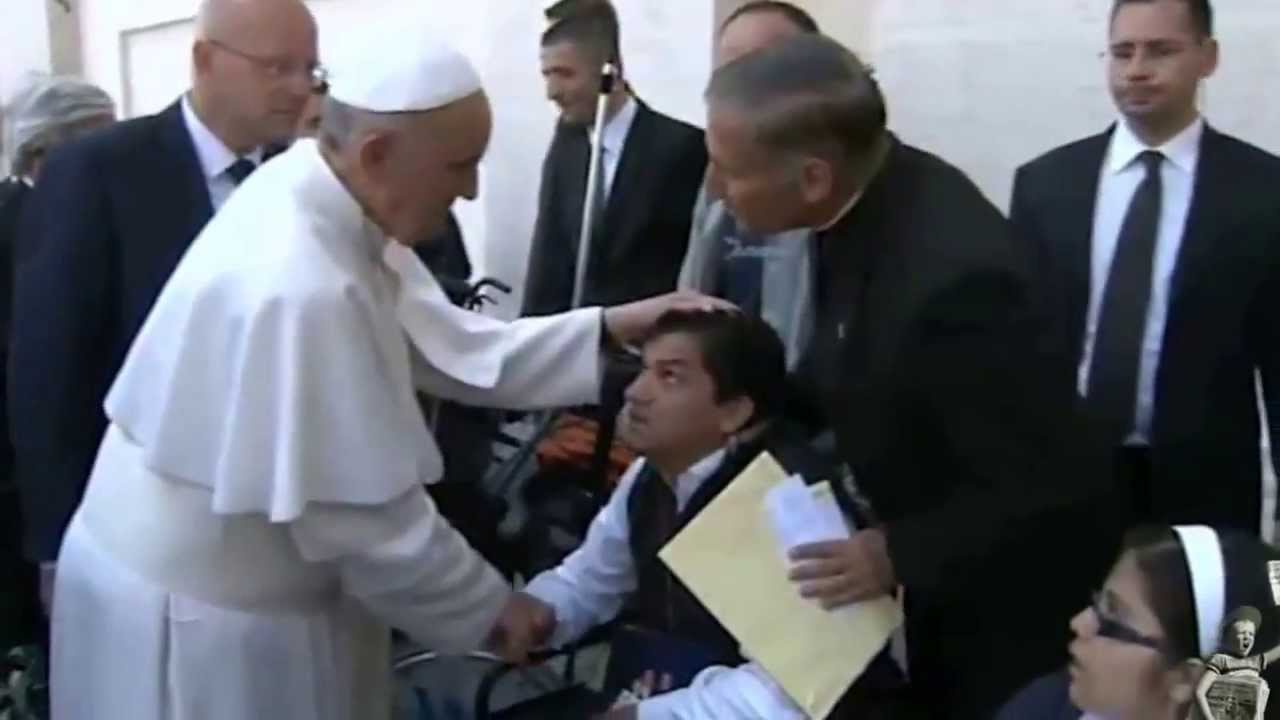 April 22, 2017 (reference to persecuted Christians): “With his death and resurrection, [Jesus] rescued us from the power of this world, the power of the devil, and the prince of the world doesn’t want this.”
December 22, 2016 (referring to resistance to reform of the Curia): “There are also cases of malicious resistance, which spring up in misguided minds and come to the fore when the devil inspires ill intentions (often cloaked in sheep’s clothing).”

February 10, 2017: “He’s a trickster. He promises you everything and leaves you naked (like he left Adam and Eve)… The serpent, the devil, is astute… you cannot dialogue with the devil.”

September 12, 2016: The devil engages in a “dirty war” by sowing divisions, the Pope said, “like terrorism.” In this way, he spreads “jealousies, ambitions, ideas, but to divide!” he said.

January 23, 2013: “Behind every rumor there is jealousy and envy. And gossip divides the community, destroys the community. Rumors are the weapons of the devil.”

“Some may say, but, Father, you’re too old fashioned. You’re frightening us with these things.’ No, it’s not me! It is the Gospel! And these are not lies: it is the Word of the Lord. Let us ask the Lord for the grace to take these things seriously. He came to fight for our salvation. He won against the devil. Please, let’s not do business with the devil. He wants to come back home, to take possession … Don’t accept relativism, be vigilant. And always with Jesus!”

Not when it comes to the devil.

[Footnote: as CBS reported, “As archbishop of Buenos Aires, the former Cardinal Jorge Mario Bergoglio frequently spoke about the devil in our midst. In the book Heaven and Earth, Bergoglio devoted the second chapter to ‘The Devil’ and said in no uncertain terms that he believes in the devil and that Satan’s fruits are ‘destruction, division, hatred and calumny.'” By the way, the devil plays all sides — especially extremes. Here’s from the Irish Catholic. And of all places, America Magazine (2014) itself: “‘For Francis, the devil is not a myth, but a real person,’ explains Father Thomas Rosica, C.S.B., of Salt and Light TV, in a new video that is part of The Living Word collaboration between America and the American Bible Society. ‘I believe that the devil exists’ and ‘his greatest achievement in these times has been to make us believe that he doesn’t exist,’ then-Cardinal Bergoglio said in On Heaven and Earth, a theme informed by his Jesuit spirituality that Francis continues to revisit in speeches and homilies.”]