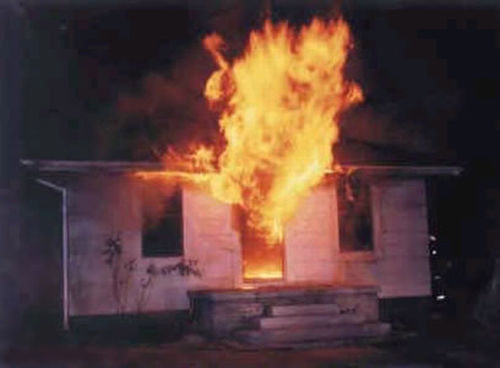 We display so many cases whereby one might perceive images or other meaningful formations in clouds, rocks, flowers — so many things, certainly open in equal part for skepticism and inspiration. In some cases, perhaps a real message; in others, perhaps not. There is what we always have mentioned: pareidolia (seeing in something nebulous what your mindset would be prone to interpret).

Okay, granted: there’s that. There is also the fact that God can use anything — small or large — to send evidence for hope, a reminder of His Presence, or that of His angels and saints.

The other day, we ran a video clip of a cloud that, one must say, seemed to have certain details of an angel (and seemed odd also in how stationary it remained; see video clip). Not everything is “photo-shopped” (the explanation du jour). 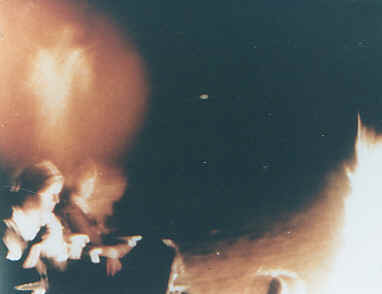 There are campfires with supposed images. There was a fire that seemed to portray Mary coming out of the blaze. Some years back, shortly after his death, a photo arrived from his homeland of Poland in which it seemed, to many, like John Paul II formed in fire [at bottom].

Around the internet, one finds other potentially interesting images, albeit sometimes creepy, all flying in the face of the mechanistic eutaxy of our time. Remember the uncanny images in the flames of 9/11? There was even a solar flare that looked very much like an angel blowing a trumpet. We’re not talking about smoke here — that opens up many other examples (such as the images seen in volcanoes, or nuclear bomb clouds). Is there anything in the flames in the photo at the top (supposedly, a haunted place)? Sometimes, it seems like the deceased make their exit (or use the medium of fire to manifest).

“I am forwarding you an amazing photograph that was taken in Portland, Michigan on the feast of St. Padre Pio,” Carolyn Kwiecinski of Portland, Michigan, graciously informed us. “A young boy, Grady (eleven years), had developed a devotion to St. Padre Pio after seeing a relic of the saint — his personal chalice. For weeks Grady prayed his Rosary daily that had been touched to Padre Pio’s chalice. On the night of the saint’s feast day, Grady was enjoying a bonfire. He took a photograph. When he later looked at the picture, it seemed to show the image of St. Padre Pio holding a chalice.”

Do you see “him” [below]? Perhaps and perhaps not. Some might even see two images of his face, as well as the general posture of kneeling while holding a chalice during Consecration. It’s one of those things that’s up to you. It came through the mailbag the other day. And it does seem to have inspiration — to set a bit of a fire within us, to play on words. There do seem to be a few too many coincidences associated with it, arguing for it being, in fact, a little gift from God– and perhaps not so little, for this blessed young man.

And so, go ahead and interpret! Your discernment is as good as ours. 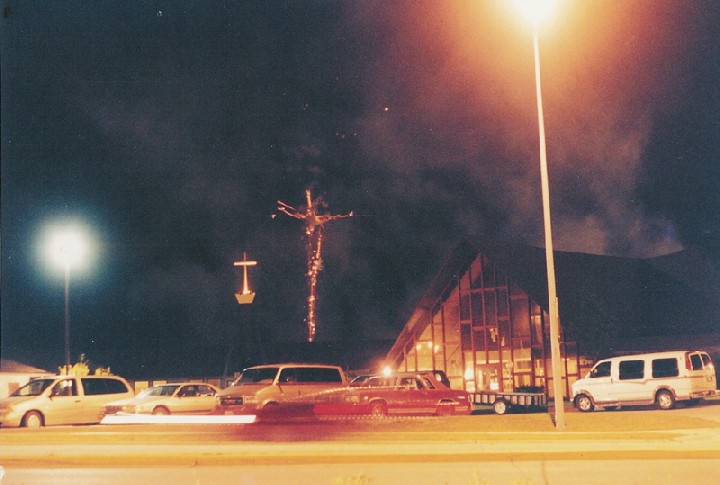