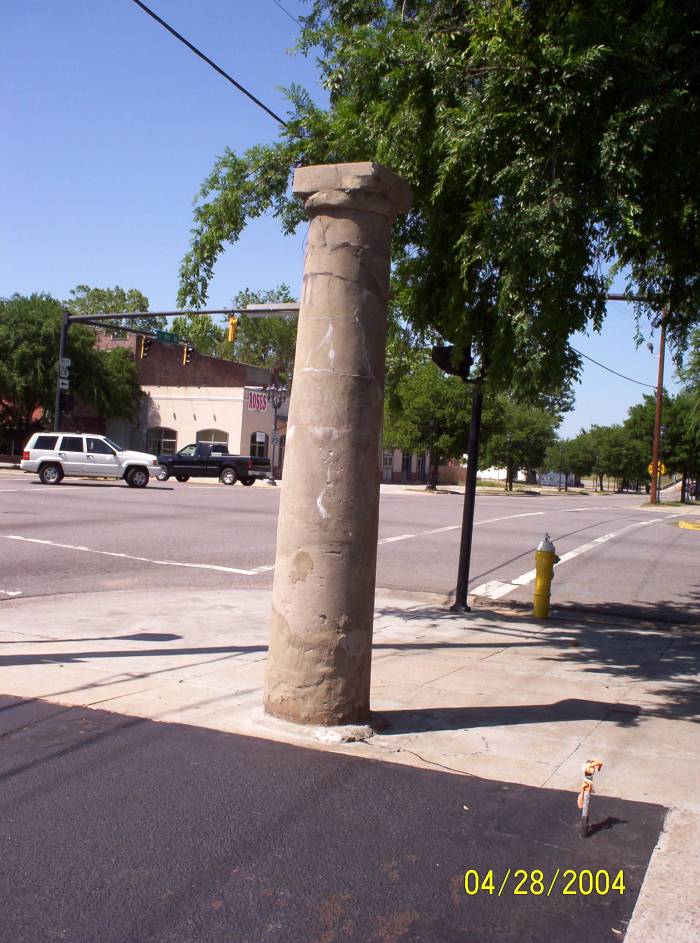 One wonders at times if hidden curses operate behind famous things.

We have previously reported [see here or video below] about the so-called “haunted pillar” in Augusta, Georgia — said to bring harm to those who touch or meddle with it. Accidents have occurred with uncanny frequency near it. And now comes news this week that the pillar itself has been destroyed in a car accident.

As reported on WFXG: “The Haunted Pillar in downtown Augusta is no more. City crews removed the pillar Monday morning. One day later, Eric Faurony still can’t believe what he witnessed. ‘I’ve heard a lot of things about it, I saw the whole thing, it’s just miraculous that it missed this pole right here.’ A three-inch stump is all that remains, the legend of the Haunted Pillar grew on Sunday with what Faurony calls the most bizarre thing he’s ever witnessed. ‘I saw the wreck when it happened and the truck and the car collided but it’s miraculous, it spun up in the air and went around this post and hit the pole. That’s what shocked me.'” Take a look at the remain, as shown on WFXG [below].

Why (as the city plans to do) rebuild it?

“Curses” and jinxes and whatever also come to mind on reading about the peculiarities attached to the famous song, “My Way.”

As something called Mental Floss comments: “We’ve all gotten talked into doing karaoke at some point or another, or maybe it’s one of your secret passions. Whatever circumstance leads you to the stage on karaoke night, here’s a tip: Avoid ‘My Way.’ It doesn’t matter if it’s Rat Pack night. It doesn’t matter if you happened to wear your best fedora.

“It doesn’t even matter if you could be a voice double for Ol’ Blue Eyes himself. If you value your life, do not allow yourself to be seduced by “My Way” when you see it in the selection book—it’s literally a killer. In 2007, a man was performing the song in San Mateo in the Philippines when a security guard loudly informed the singer that he was off-key. When the man continued to croon, the guard pulled out a .38 caliber pistol and shot the performer in the chest, killing him. Freak occurrence? Nope. Since 2000, at least half a dozen people have been murdered after (or while) performing the Sinatra classic. Dubbed the “‘My Way’ Killings,” the strange phenomenon has gotten so bad that some bar owners have removed it from the selection list entirely.”

Is it because it is a bit arrogant and exults self?

Or a run of curiosities?

Sung by Frank Sinatra, it may be somewhat of an anthem for the “Me” Generation.

Theories abound. Pop culture expert Roland Tolentino believes it’s all about location—these killings have all occurred in the Philippines. “The Philippines is a very violent society, so karaoke only triggers what already exists here when certain social rules are broken,” he said.

Okay, maybe not really any curse there!

“This 112-carat gorgeous beauty was found in India, where it was supposedly stolen from the head of an idol in the 1600s, and the priests of the temple where the idol was housed cursed the stone,” reports the India Times. “It was passed into the hands of King Louis XVI of France where it was worn by Princess de Lamballie and Marie Antoinette, who were both later beheaded along with Louis during the French Revolution. Many believe that whoever is in possession of the Hope Diamond will meet a gruesome death. Even the jewelers who kept the diamond in their shop died mysterious deaths. The diamond is currently on display in the United States.”

We’ve written before of the Poltergeist (movie) curse (four cast members died in six years, and actual cadavers were used in making the horror flick), and the bad luck attendant to Superman movies as well as the TV series (it’s said the original; creators, denied rights to it), but did you know that Spiderman also has been linked to ill fortune? And the TV series Bewitched? (This we can understand.) Never mind King Tut’s tomb (perhaps the most severe we have seen, and reported about previously). 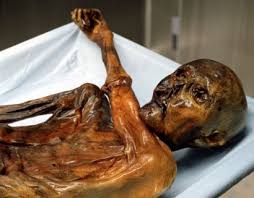 But as the Times points out, there are also supposed harpies attached to, for example, the “Iceman” — the frozen corpse of a five-thousand-year-old man in the Alps. Seven of those in on the discovery died over the next dozen or so years, and not all the standard things. For example: by avalanche and falling off a cliff. (Prayer need)

There is the even spookier stuff:

For example, the “Crying Boy” painting that has wended its way through various unfortunate homes in Europe — unfortunate because those homes have suffered a disproportionate share of fires and explosions — though the painting always remains intact. Turns out the portrait is of an orphan whose parents, according to the artist, had been killed in a fire. Even a priest warned about keeping it. (See: generational curses.)

It’s that time of year when such eldritch things make for New Year’s Eve ghost stories — and that time of year to pray to clear anything dark from our own family lines, and any curses projected against us (ask the Holy Spirit).