One notes Amazon founder and the world’s richest man, Jeff Bezos, in the news much of late, and from time to time, when the focus is on that gigantic entity, one is made to wonder about the goodness of the corporation and other internet entities, or the lack thereof.

Let us not judge. We all bear faults. But to be blunt, Mr. Bezos seems like no friend to the common man (especially those who labor in his warehouses) nor to Christianity. His company sells pornography. It touts the most liberal books. It sells birth control. Viagra? No problem.

It also contributes indirectly but massively to Planned Parenthood (as do other companies, some more directly; see list at bottom).

These may seem, and indeed are, enough reasons for us all to stop using such companies so much, which so many of us do because Mr. Bezos, in his wizardry, has made it so convenient. Unfortunately, as recent gossip headlines have made all too clear, there is also a troubling personal side. Let us pray for him.

As for his movie ventures, Amazon Prime is releasing a new documentary that asks, “Did Jesus exist? What was his real name?” It doesn’t sound like something that would appeal to the faithful.

“It claims that Jesus Christ of the Bible has been confused with a Greek philosopher who lived around the same time.”

Or do we — as we press the “buy-with-one-click” button? (Time to take the time and order elsewhere?)

If Amazon isn’t unchristian enough in its productions, there is also the lack of charity. This is something we can all also work on. But Bezos may be a special case, said to be always in the stance of “crushing” every form of competition, big or small, and has done this “relentlessly,” causing massive economic damage to countless small mom-and-pop operations (including religious stores) as well as the giant chains (like Payless Shoes and Sears). It’s reportedly why he named his company “Amazon” — after the relentless nature of that river in South America (and perhaps its treacherousness: the piranhas, anacondas, and crocodiles, to bring the picture into sharper focus).

The lack of charity is also literal: While he is now the richest man in history (“worth” $150 billion), and is now forming a $2-billion fund for homeless families and education in poor areas, until that fund was announced, he was known for virtually refraining from any real measure of philanthropy.  (One could point out, meanwhile, that the $2 billion is huge to us, it is about 1.3 percent of his net worth, or comparable to a person who has $100 in his wallet giving a beggar a dollar and a little loose change). 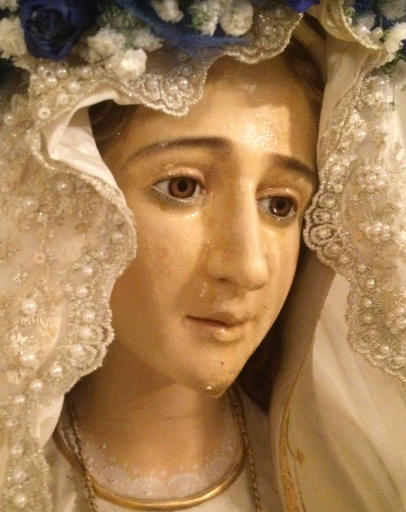 So: better than nothing — and we all can be equally guilty — but not by enough. In the past two years, to add salt to the wound, Amazon has paid no U.S. taxes.

We don’t like being critical of anyone by name, but there is something about Mr. Bezos — especially his ability to snoop on those who have certain of his products (such as Amazon Ring) — that is alarming, considering his obvious lack of sympathy (he is constantly cited for exploiting workers) for that common man. We all have come to rely on him to some degree. But:

Mr. “Relentless” (and rapacious) Bezos has made it all but a point to eradicate anyone who is remotely in competition (even if he has to lose money on a product; he has “bots” that patrol the internet scanning to make sure his prices are lowest), and is swiftly and coldly eliminating reliance on humans, using robots and other technology to a degree not found anywhere else. Amazon’s share of the U.S. e-commerce market is now forty-nine percent, which tallies to five percent of all retail through any means and a lot of personal data in his “cloud.”

While one can find anything from food (he now owns Whole Foods) to medication to internet services (Amazon runs massive internet servers relied upon even by the military), and get it delivered very quickly — perhaps soon by drone; he already has his own army of nearly futuristically svelte black-gray World War Z-like trucks and planes) — we all must ask ourselves who and what we are supporting, when we buy through the company, as we also ask with other spiderlike companies such as Google, Facebook, Apple, and Microsoft, forming that worldwide “web” in which we can fall prey.

[Companies that donate to Planned Parenthood]