It’s the strangest election in our lifetimes, and perhaps in U.S. history, as well as perhaps the most dangerous.

The danger, on both sides, and especially with the unusual, occult-like feeling during a personal encounter, many years ago, with one of them, were discussed a while back in a Special Report (scroll to the bottom of report and locate the article entitled, “A Close Encounter with…” We do not have the space to recap it here).

What would Jesus have advised? Would He have singled out a particular secular leader and urged everyone to oppose or support him/her?

When it came to politics, Jesus was mum, saying only, “Render unto Caesar the things that are Caesar’s” (Matthew 22:21).

Roman emperors at any rate were at least as bad as what we face (yes, there was also infanticide in the Roman Empire, not to mention material excess, egomania, gluttony, and sexual scandal: see Caligula).

One might note how cautious the Popes have been not to endorse specific candidates.

But saints and seers have been known to vote, and even to have considered it a holy duty, an obligation. Sister Lucia of Fatima made sure to trek to the polls, and Saint Padre Pio, though not political, became negative toward Benito Mussolini, the Italian leader who sided with Hitler.

As Pio explained to American visitors who asked about it: “It reached the point that one couldn’t get sugar, flour, or oil without a Fascist card. It was blackmail. Even the children’s books were full of Fascist propaganda.” (Does this ring a bell in our own time?)

When a delegation from Mussolini came to ask the famous mystic for advice, Saint Pio had snapped, “So now you come to me, after you have destroyed Italy! You tell Mussolini that nothing can save Italy now! Nothing! Tell him, ‘You have destroyed her!'”

He also made recommendations to the local mayor on how to placate the people during an uprising (including improving the plight of rural laborers and giving the people a fuller voice in government, as well as improving roads and sanitation).

But was that politics?

How much does one become involved, especially at a time of great (and counter-productive) rancor?

Who to vote for (or against)?

It is hard to imagine how one can vote for a candidate who promotes and furthers abortion, especially so strongly — period. It is not an option. Does that mean, however, that one must vote against such a candidate (that is, for that person’s opponent, even if there are highly significant questions of morality on that side also)?

This is a matter for personal conscience — a decision everyone must make, in the quiet of prayer.

With prayer, repentance, and fasting, we can affect society more than with a vote.

We can stop wars.

We can suspend the laws of nature.

Society elects itself. Spiritually, it gets what it deserves. In prayer, we can aim at changing not just politicians, but ourselves.

No question, abortion — the blood sacrifice of children (whether or not proponents realize this is what they are propounding) — is the greatest crime of the time, although hardly alone.

Other pro-life issues include wars that eventually cause hundreds of thousands to die in places such as the Mideast (including infants); greed that oppresses others, or manufactures unhealthy food products for our young; and environmental pollutants that cause cancer (or miscarriage: in effect, abortion). Are these not also “life” issues? 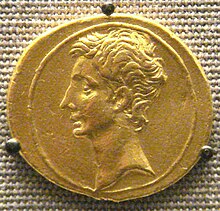 But a massive one straightforward abortion is, and this election could cause a trajectory that will last for decades. Though “pro-life” presidents have seldom used the bully-pulpit to rail as loudly as necessary against this evil — and, ironically and sadly enough, abortion rates in fact have been as high and in some cases higher under them as under pro-choice politicians (and although a “pro-life” Republican president was given a golden opportunity in the 1990s to appoint a Justice who would have been a deciding vote overturning Roe, but picked one who did the opposite) — we are now looking down the barrel of a Supreme Court gun; a cannon, really. It will be more than one Justice that likely will be chosen. Times are urgent. Dangerous. Yes, materialism and salacious, rude, uncharitable conduct count greatly, too. This must be weighed. We have kids watching.

The key watchword: religious rights, which as never before, in the U.S., are threatened.

As a nation — as a world — we are not in a good place. We face a near-apocalyptic time. There is a scent in the air of persecution — as distinct as autumnal leaves.

Can voting for “none of the above” be an option?

This is once again for individual conscience. 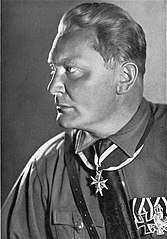 The Virgin Mary says (just Tuesday), “Return to fasting and Confession so as to overcome the evil in you and around you.” In fasting is clarity (not on the radio).

And in holiness is true power — not in the White House.

Consider that when the dreaded, powerful Nazi, Hermann Goering (second in command of Germany, after Hitler), went in the 1930s to see Pope Pius XI, Goering quaked before the short, bespectacled Pontiff.

According to author Bernard Ruffin, Goering, in a letter to a Romanian official, later wrote: “You know me. You know that I’ve never in my life lacked courage; but before that little figure robed all in white I felt my heart jump as never before. For the first time in my life I believe I was afraid.”