If quarterback Tom Brady seems supernatural, maybe there is an element of that!

This is always ruminated about because he has been in the news for yet more extraordinary feats, in a very long career filled with them.

Consider his age: 43. His appearances in the Super Bowl: nine. His Super Bowl rings: six. Number of Pro Bowl appearances: 14. His passer rating: 97.2. These are all amazing statistics.

Perhaps his most amazing feat, at least in a long while, came a week ago. Brady left the New England Patriots and is on a new team, the Tampa Bay Buccaneers, that hasn’t been to a play-off in thirteen years.

Thanks to him, they are now: In a 47-7 win over the Detroit Lions, Brady made twenty-two of 27 passes, for 348 yards and the highest quarterback rating one can get — in other words, virtually perfect.

Now consider this: those numbers were all collected during just the first half. He sat on the bench through the rest of the game, as his team led 34-to-0 and didn’t need him.

There often are plays he makes and games he wins — especially last-second ones, including during Super Bowls — that seem beyond the natural.

Does he get a little spiritual fillip from his wife?

Before addressing that, let’s make one thing clear: Tom Brady has been excelling in professional football since 2000 (a Boston legend), and did not begin dating his current wife,  Brazilian model Gisele Bündchen, until 2006. By this time he’d won three Super Bowls. So there’s that perspective.

It’s his age that makes this all now so uncanny. He’s one of the three or so oldest quarterbacks in history, the oldest to be named a most valuable player, the oldest to make the Pro Bowl.

And here the plot thickens a bit.

Raised and educated a Catholic (Junipero Serra School in San Mateo, California; his father spent seven years in a seminary), he says he no longer has a readily discernible religion, but certainly believes his wife Gisele has powers. 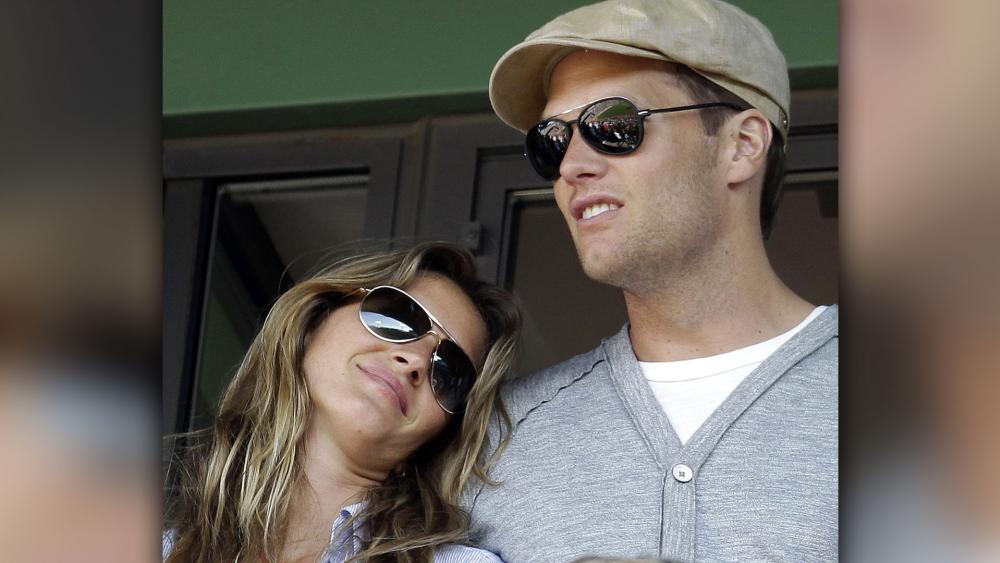 Reported the Christian Broadcast Network last year, “New England Patriots quarterback Tom Brady shocked attendees at a charity event in Boston this week after informing the crowd his wife uses witchcraft before his games. Brady, who recently won his sixth Super Bowl title, told the crowd his wife is a self-proclaimed ‘witch.’

“While getting his playoff beard shaved for charity at Gillette’s World Shaving Headquarters, Brady said: “You know I’ve learned a lot from my wife over the years.

“She always makes a little altar for me at the game, because she just wills it so much,” Brady said in the CBS Boston video. “So she put together a little altar for me that I can bring with pictures of my kids, and I have these little special stones and healing stones and protection stones, and she has me wear this necklace, and take these drops she makes, and I say all these mantras, and I stopped questioning her a long time ago.”

Say it ain’t so, Thomas! 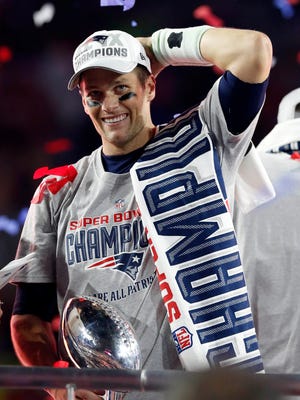 “‘About four years ago we were playing the Seahawks and she said “you better listen to me, this is your year, but this is all the things you’re going to have to do to win,” and I did all those things and by God, you know, it worked,’ Brady said.”

In 2015, after winning another Super Bowl, USA Today reported, “When Tom Brady reached his locker, about an hour after victory and a series of interviews, he was done talking to the news media. But his locker spoke for him. Prominently displayed was a four-inch bronze elephant-headed statue — Ganesha, the Hindu God. Or as Brady quietly told a visitor, ‘The remover of obstacles.”’ Indeed.

We prefer the vantage point of former team-mate Matthew Slater, who before the Patriots won the 2019 Super Bowl (with Brady) said, “The way I look at football, it’s a tremendous opportunity not only to play a game that I love and provide for my family; it gives me a platform for what I believe is the most important thing, and that’s reaching people, connecting with people, building relationships and trying to show them the love of Christ. I’ve always looked at football as a gift. It’s a vehicle that the Lord has given me to reach people.”

There’s a guy who really knows how to win.