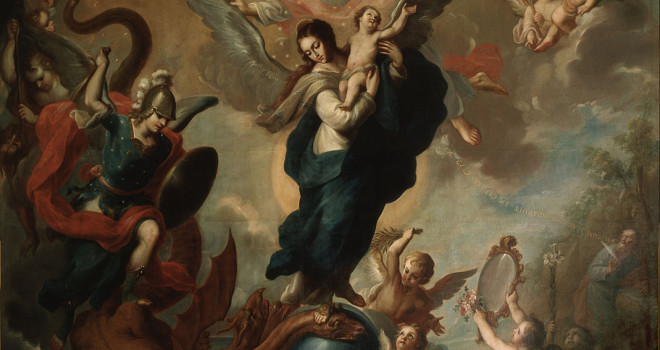 As Carrie Gress notes in a new book, The Anti-Mary Exposed, “Because of the familiarity Christians have with a notion of an anti-christ, it isn’t a stretch to comprehend an anti-Church or an anti-Gospel. 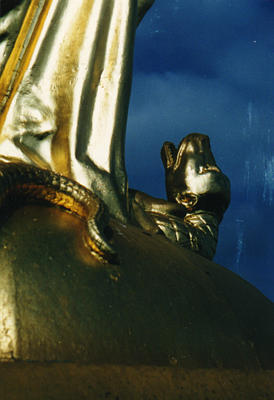 “Even the term anti-apostle was adopted by the Soviet Communists for their secret infiltration of agents into seminaries to corrupt the Church from the inside out.

“Adding the idea of an ‘anti-Mary’ to this list makes sense, she notes, for several reasons.

Start with how Our Lady brings a unique spirit into the world as Mother of God. She is “anti” herself — anti-Eve. God liberated humanity through the cooperation of this woman so unique to human history.

Consider too, Gress points out, her status as the New Eve. “If Christ is the New Adam and Mary the New Eve, it makes sense to consider that an anti-christ could have a female complement,” the author argues.

It was Saint Paul in 2 Thessalonians (2:9-12) who described the coming of the “lawless one” with great deception — delusions — and “this is precisely the kind of delusion that has bewitched so many contemporary women to willingly fall in line with the anti-Marian spirit of our age,” says Gress. She points to another author, Sue Ellen Browder, a former editor at Cosmospolitan, who says when she worked at the magazine, she regularly fabricated stories about fictional women known as examples of the “Cosmo Girl.” 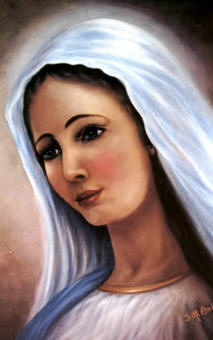 “I could make [the Cosmo Girl] into anything I wanted her to be — a doctor, lawyer, judge, even a high-priced call girl,” Browder says. “But there were two things she could not be if she was going to be glamorous, sophisticated, and cool: a virgin or a mother.”

Let that sink in — for the Cosmo Girl was a poster child for the birth of toxic femininity.

And so it is indeed the era of “anti-Mary,” of anti-virginity, anti-motherhood, and therefore “anti” the very essence of the Mother of Jesus.

It was in the late 1960s that a movement began by a small group to disconnect mother and child, indicating that a women had to do this — destroy the most fundamental of relationships — to have happy lives. This, Gress shows, in a worthwhile book, they set out in earnest to do, and are still accomplishing.

How radical feminism is connected to the errors of Russia, spoken of by Our Lady of Fatima.

The involvement and influence of the goddess movement and the occult.

The influence of “female” demons, such as Lilith and Jezebel.

Gress looks at the matriarchy, a cabal of elite women committed to abortion, who control the thinking of so many women through media, politics, Hollywood, fashion, and universities, and puts it all together as a chilling but clarified picture. Only when we see the enemy clearly can we take accurate aim.

Plain and simple. Invoke her mantle. Invoke it all day every day.

[resources: The Anti-Mary Exposed: Rescuing the Culture from Toxic Femininity]