Nature has had its say through the decade, and continues to, so much so that events once worthy of major headlines are now quickly relegated to obscurity.

It may seem like a repetition — the proverbial broken record (it is redundant) — but each year, and decade, the volume of each song on that broken record is louder.

The 2010s composed a decade that saw one of the most fierce cyclones in all U.S. history (“Michael”), historic storms like “Sandy” (which closed the Statue of Liberty for a year), outbreaks of super-tornadoes (in 2011, four days in April, 362 tornadoes), the Boston Blizzard (in one month, 94.4 inches of snow), Hurricane “Matthew,” the utter destruction of a Bahama island (“Dorian”), the flooding in the Carolinas and Texas, and the fires in California.

Sad to see that as many as one-third of the koala bears in South Wales in Australia may have been killed by recent unprecedented wildfires — blazes that afflicted virtually all of that nation, as temperatures reached toward actual oven-warm levels.

Here’s from the Associated Press this morning: “Wildfires burning across Australia’s two most populous states on Tuesday trapped residents of a seaside town in apocalyptic conditions, destroyed many properties and caused at least two fatalities. About 5 million hectares (12.35 million acres) of land have burned nationwide during the wildfire crisis, with 12 people confirmed dead and more than 1,000 homes destroyed.”

Not far away, off the shores of New Zealand, is a “hot blob” of Pacific water the size of Texas — with temperatures nine degrees Fahrenheit (five degrees C) above normal. “The ocean surface doesn’t vary that wildly,” says a New Zealand scientist. “One degree (Celsius) is big. So, five degrees is huge.” 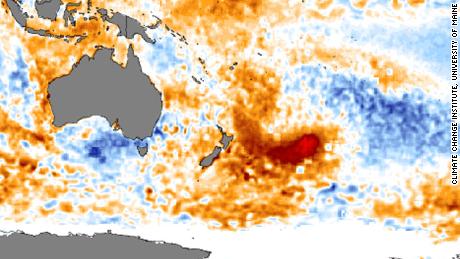 We all sit back, idly bickering, as if this is a political debate. There is, yes, the danger of eco-spirituality: New Age New World types trying to make events in nature a vehicle for a one-world power grab.  It is a plausible concern, perhaps an urgent one.

But because undesirable elements are trying to latch onto the environment doesn’t negate the truth of happenings in it. There is cold. There is warmth — Chicago about sixty degrees on Christmas Day! Although temperatures during a single day or season don’t tell us anything about long-term trends (there is always warmth, there is always cold), near Iceland, ocean temperatures have increased between 1.8 and 3.6 degrees Fahrenheit over the past twenty years, and for the past two seasons, Icelanders have not been able to harvest capelin, a type of smelt, as their numbers plummeted and the fish have migrated farther north.

In Alaska and northwestern Canada, ancestral Eskimo ice cellars — in existence across generations (for food storage) — have melted or are in the process of that. Many have washed out to sea in recent decades. The remaining ones regularly flood in the spring. “They’re thawing and filling up with water,” Point Hope (Alaska) Mayor Steve Oomittuk said as he lifted a small wooden door to a cellar, surrounded by plastic sheets shielding the remaining snow cover from the sun.

Elsewhere in the world, conversely, at least on occasion, are cooler-than-normal temperatures. Thus do we see the gyration.

For now, the global circumstance is clearly mimicking the upswing in temperatures a thousand years ago during the Middle Ages (when farming was possible at high British altitudes and in Iceland). And it has nothing to do with politics; along with other factors, it has to do with “signs of the times”: the Medieval Warming, which came during a period of unprecedented economic wealth, societal immorality, and Church scandal, was followed by global cooling that led to food shortages that led to tremendous plague.

Interesting astronomical action too — most of it normal (meteors); some a bit arcane. From Saudi Arabia to Guam, people across the Middle East and Asia were dazzled by the last solar eclipse of the decade on December 26—a celestial phenomenon that produced a “ring of fire” in the sky. On the sun, dark spots have all but vanished (as again during a critical time in the Middle Ages.)

A headline as the decade ends:

Moscow wonders where winter has gone amid unseasonably warm December

“Snow is nowhere to be seen, the city’s ski resorts are closed, and even the first spring buds on the trees are beginning to show – three or more months too early,” says a report in the Straits Times (Singapore), adding that while President Vladimir Putin acknowledges that the climate has changed, he has not decided on the cause (“human” or “natural”; once more, no one mentions “signs of the times”).

Meanwhile, says the report, “Mr. Putin said that the rate of warming for Russia was 2.5 per cent higher than elsewhere on the planet. And ‘for our country, this process is very serious,’ he said. Climate change is a particular risk for Russian regions where buildings are built into permafrost and there ‘could be very big consequences if it melts,’ he warned.”

In some places, brown bears have awakened from hibernation. At the same time, Russia — which we thought was our new friend — unveiled a massive new super-submarine over Christmas (with a Russian Orthodox Patriarch observing festivities) as well as a new hypersonic missile unlike any other known on earth.

Putin boasts publicly “that Russia’s new generation of nuclear weapons can hit almost any point in the world and evade a U.S.-built missile shield, though some Western experts have questioned how advanced some of the weapons programs are. Putin said on Tuesday the Avangard system could penetrate both existing and any future missile defense systems. Today, we have a unique situation in our new and recent history. They (other countries) are trying to catch up with us. Not a single country possesses hypersonic weapons, let alone continental-range hypersonic weapons.”

These are signs, too.

The point: geopolitics are heating up.

Relationships are cooling down.

Perhaps it will not be consequential.

And odd — unusual — it is, instead of scenes of snow, a carnival near the Kremlin. 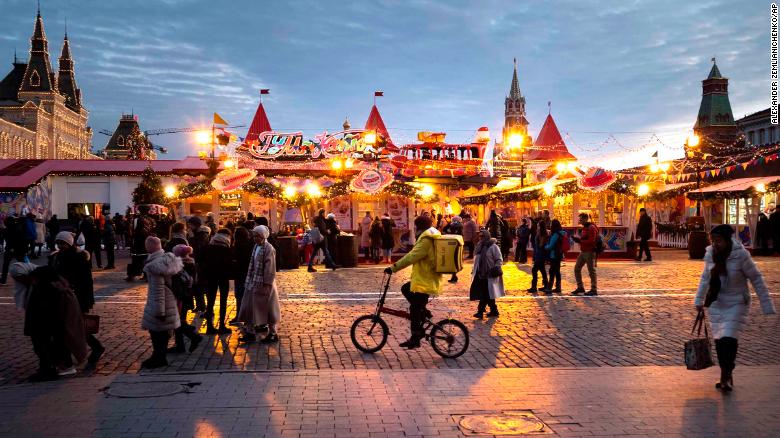 It may be disconcerting but it beats a blizzard any day.