From DISoftBallNews [note: source is for discernment only; we do not share its views nor tone]: 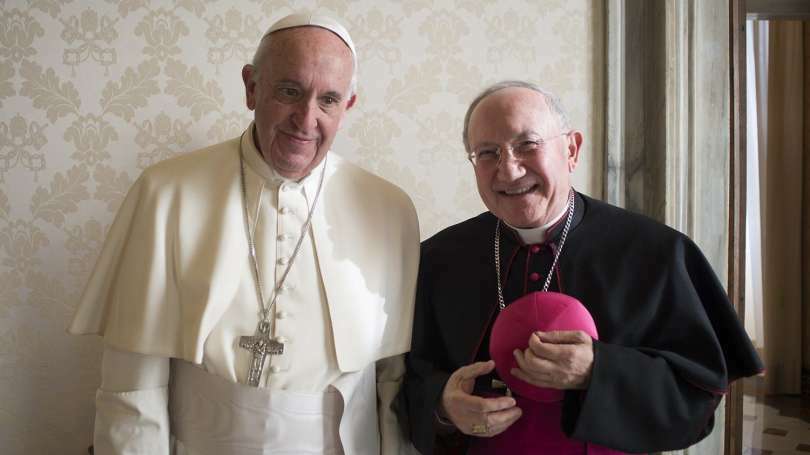 Vatican City – After having brilliantly solved the yellow of the phony apparitions of Our Lady of Amsterdarm – a very controversial case that dragged on from the mid-1950s – the former apostolic nuncio to the Netherlands, Aldo Cavalli now he will have to move to Medjugorie on a permanent basis to complete the investigation and verification work left halfway by the papal envoy Henryk Hoser, the Polish archbishop sent by Pope Francis three years ago to the Bosnian sanctuary to put some order, until his death from Covid last August. Cavalli’s appointment as special apostolic visitor for the parish of Medjugorie – a sort of commissioner – was formalized on Saturday morning.

His appointment is considered relevant because he will have to complete the process of normalization of the sanctuary in which Our Lady still continues to appear to the visionaries at fixed times, continuously since 1981. Pope Francis in the first years of his pontificate made some sarcastic comments on that “Madonna postina” who continued to send heavenly messages announcing his appearance at the appointed time and day. A theological analysis had already begun on Medjugorie by a restricted commission, chaired by Cardinal Camillo Ruini, under the pontificate of Benedict XVI. Those studies claimed that the very first apparitions could be considered substantially inexplicable and attributable to a phenomenon of a supernatural nature.