What’s in a word?

Often, more than one thinks.

With what swirls around us, take as an example the word “quarantine.”

We all know that quarantine means to isolate someone, to separate or sequester, to immure, in order to prevent exposure of one kind or another, usually to infectious disease.

But it goes further, perh 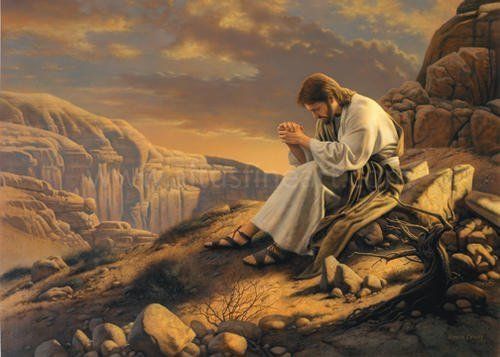 aps mystically so — for when one looks into the origin of the word, one finds that it comes from the Italian (Venetian) for quaranta, which means “forty,” and quarantena or  quarantina, which more tellingly means “forty days.”

That derived from a practice during the bubonic plague (“Black Death”) in the 14th century of making ships remain in port for forty days before those aboard could disembark. That was about the time it took from infection with the plague to final outcome. The practice was largely responsible for stymying the horrid outbreak.

It is self-evident why this would seem peculiar: A pandemic erupts now on the world during Lent, representing Jesus’s forty days in isolation (from the world) in the desert. It is as if humanity at large is being forced to partake in Lent. It would be nice if humanity realized it.

Another peculiarity: the hawthorn bush or tree.

There are those who subscribe to the revelations of Marie-Julie Jahenny, a stigmatic and seer from France who during alleged apparitions of Jesus and Mary was informed of coming punishments of men for sin (along with the coming of anti-christ, and the end of the world). She is most famous in certain Catholic circles for her prophecy of a coming “three days of darkness.”

As part of her stigmata, Jahenny, who died in 1941, and was in the Third Order of Saint Francis, experienced the crown of thorns (“corona”), as well as the hand, feet, and shoulder wounds of Jesus Crucified (allegedly). This becomes more curious yet when one considers an odd prophecy-remedy the mystic, quoting Jesus during an ecstasy, made: “You will take an infusion of St John’s Wort especially during crisis, sufferings of the chest and violent headaches. Hawthorn for cholera.”

Some have taken hawthorn to be a remedy not just for cholera but for epidemics in general, and though there is certainly no medical evidence whatsoever for this, it is peculiar that the berries, juice, and wine from the hawthorn have long been used as herbal remedies in traditional Chinese medicine. There are indications that hawthorn berries, packed with antioxidants and polyphenols, can have a positive effect on blood pressure (an “underlying issue” in Wuhan in coronavirus deaths), heart failure (in the U.S., the coronavirus has caused effects in some cases that mimic a heart attack), diabetes (another underlying issue cited in the current pandemic), some infections, inflammation (it is the inflammatory effect on the lungs that causes the greatest problems with corona; an overreaction of the immune system called a cytokine attack),  and asthma (those with asthma and other respiratory problems are particularly at risk).

We cite all these as curiosities (and curiosities only). Let us note that odds are great that while natural remedies can improve certain conditions, there is no evidence whatsoever that hawthorn or anything at this point can halt an acute assault by something like the SARS-COVID-19 virus — anything that is but prayer and fasting.

That — quarantining oneself “in the desert” — can, if God so wills, remedy anything.

[New “special report” on prophecy will be issued later this week]

[Feedback: “It is interesting to note that throughout history Hawthorne trees were regarded as sacred, because it is believed that the crown of thorns placed on Jesus’ head during His Passion came from a Hawthorne tree.

Would God choose an object that played such a vital role in His Son’s passion to be a source of healing for us today? The idea does not seem so far-fetched when one considers the Passover – where the faithful had to place the blood of a lamb (Jesus is the Lamb of God) on their doors in order to save their first-born sons.”]