It seemed quite enough — some of the roadside billboards that advertise legal or medical services. “Dial 1-800-HURT911” and “Batman Law Firm” and “1800411PAIN” and so forth. How about “Injured? GET THE GORILLA” and “Godzilla Law Firm”?

Shameless, this age of mammon.

The winner this year: perhaps a personal-injury billboard seen on I-4 in Florida on the way to Orlando International Airport:

Or elsewhere in the U.S.A., how about a divorce?

One sign advertises that the law firm is “men’s only,” while elsewhere in the country, another, with the picture of a buxom woman, says, “Life’s Too Short. Get a divorce.” 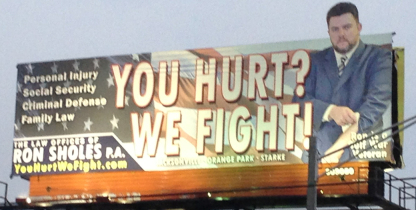 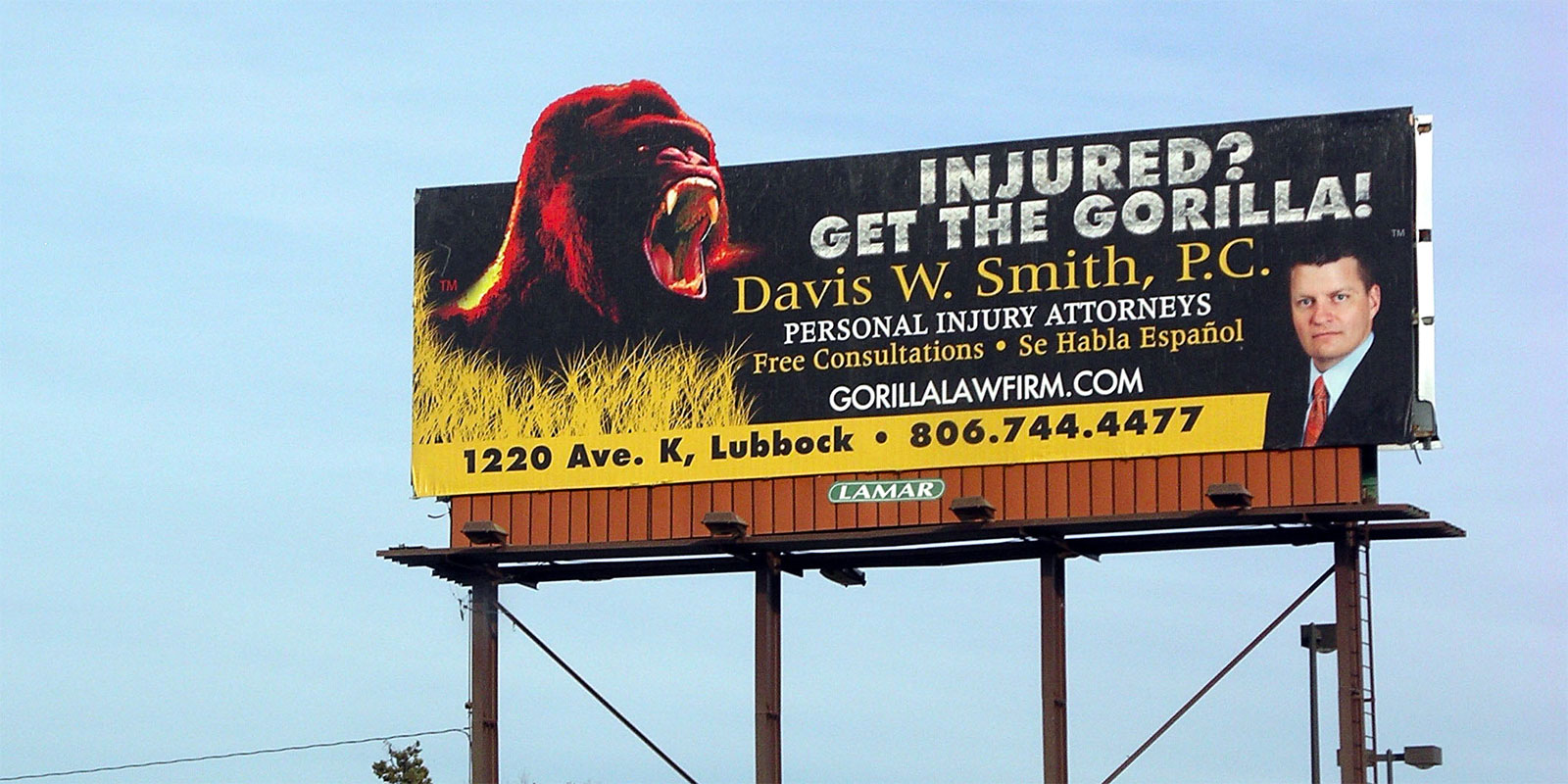 Roadside America, in our time.

“Signs” of our times.

Many don’t realize the mortal danger of materialism (ask those who have had near-death experiences).

There are other things to note, on I-4.

There is, for example, that notorious stretch where police swear there are vastly more accidents than anywhere else on that famous road (running from Daytona past Disney to Tampa). The stretch is a short one as the highway crosses the St. Johns River near Lake Monroe.

Folks have reported apparitions, static or strange voices on their radios, orbs of light, and other unusual sights. Trees nearby are bent from whirlwinds during storms.

It is said the road goes over what was once St. Joseph’s Cemetery, and it is also near Indian burial grounds (and not all that far from Cassadaga, a village of spirit mediums).

Says one explanation, “A tiny colony of Swedes came to settle the area initially. It was called Saint Joseph’s Colony, and it was a religious settlement led by Father Felix Prosper Swembergh. However, when Father Swembergh was sent to Tampa he contracted Yellow Fever and died. Soon after the families of St. Joseph’s Colony also contracted the disease: “As Father Swembergh was dead, there was no one to give the last rites to the stricken, and the four victims were quickly buried without any formal ceremony. No family gatherings and no absolution.

“According to the legend, the very day the road engineers began plowing over the graves, filling them with dirt in order to elevate the land for construction, one of Florida’s most deadly Hurricanes crossed the state. A name that may still strike fear into the minds of those who survived it, Hurricane Donna caused millions of dollars in damage to many areas of central Florida, and was responsible for many lives lost, not to mention the disruption of further road construction for several months afterwards. Some believe that when the surveyors disrupted the graves, a bad omen took place; the hurricane and the curse of I-4 had begun.”

Adds News 13 in Orlando: “”The actual grave site is said to be underneath I-4, in one of the eastbound lanes just before the south end of the St. Johns River Bridge. [Charlie] Carlson [author of Weird Florida] claims that between 1995 and 1997, there were 44 crashes that injured 65 people on this stretch of I-4. Add those numbers together, and you get 109 — the exact age of the graves as of 1996. Coincidence? While the verdict is still out whether the spirits of disturbed graves have caused several bad accidents on I-4, another rumor is that the spirit energy causes electronic equipment to malfunction and your cell phone to lose reception.”

A little blessed salt out the window never hurts (anywhere). Give your city the gift of a little blessing this Christmas!

(And remember the deceased. The Blessed Mother once said there are more souls released on December 25 than any other day of the year.)

Here’s a sign that’s helpful, this time in Vermont (via Fox News): 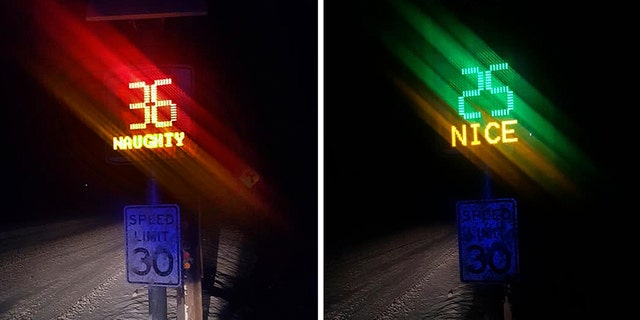 Many are so nice, this time of year. For the Christian, all year should be the time to be nice (in these mean nasty times).

Don’t fall into the nasty trap.

Years ago, backing out of a parking lot at a small shopping plaza that had a Franciscan chapel, the rear of our mini-van was suddenly slammed by a man who was walking behind and whom we did not see. He was very angry. No apology was accepted. It was early January. He was furious, headed in for Mass (as were we). “I guess Christmas is over,” smiled a passerby who witnessed what was a bit of an over-reaction.

Just some little contemplations, at a time of year built for us to sit back and do just that: separate from the “world” and contemplate.