Few things are more informative than hearing from those who have been beyond the veil.

Such was the case of an eight-year-old named Landon Whitley. 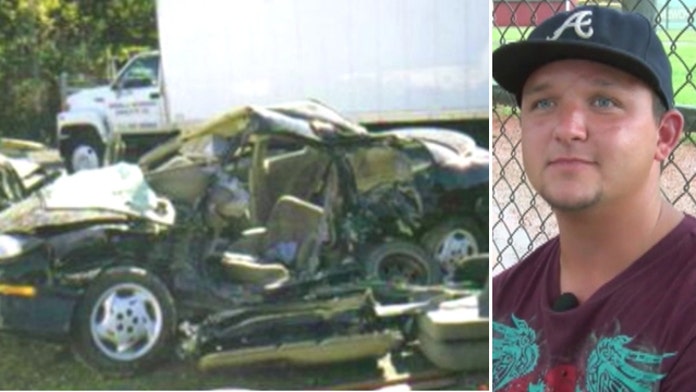 In 1997, he “died” in the back seat of his parents’ car on the way home from church in Charlotte, North Carolina, when they were blindsided by an off-call ambulance at an intersection.

Landon’s father died. Landon was resuscitated three times before lapsing into a coma. When he was brought back, doctors gave his mother Julie, who was also injured, virtually no hope of a normal life for her son, saying that Landon would always be an eight-year-old mentally. There was too much brain damage.

At her husband’s funeral, she felt abandoned by God.

But faith was never lost, prayers never halted, and after two weeks in a coma, Landon opened his eyes — startling doctors when it became immediately apparent he had no brain damage.

As the groggy boy got his bearings, Julie realized she would have to tell him about his father. When she did, the boy, almost nonchalant, replied: “Yes, I know where he’s at. I saw him in Heaven.”

“I remember being in Heaven and seeing my dad and also his friend Olin Palmer, who had died less than a month before, also in a car accident, and Olin’s son, Neil, who had died on a four-wheeler years before,” he now recalls. “Not one of us said a word to each other. We were just standing there” — in a place that had “streets of gold.” Eye has not seen!

Landon also told his mother: “Oh yeah, mom, I forgot to tell you. I saw your other two kids.”

Julie just looked at him. “I wasn’t sure what he was talking about. But I had two miscarriages before Landon was born. We had never shared that with Landon. He did not know that we had lost two children before him!”

Now he did. And though he had no knowledge of them, when he encountered them in eternity he “just knew they were my siblings.”

He also met Jesus. That occurred before the final resuscitation — the third time he had “died” — and during the encounter, he says he saw a movie-like preview of his future life and was given a mission. It was a simple one. Go, Jesus told Landon, and tell others about Me.

He has spent the years since — more than two decades now — doing just that. He and his mother also help others who struggle with tragic loss. They realize they are living out His plan for them — tragic as it may have seemed (in Heaven, nothing of earth, save for condemnation, is tragic — but rather learning) and know too that even at times when they feel abandoned, they are watched and protected.

“I’ve seen Jesus. I know He’s there,” says Landon. “I just want people to realize Jesus is real, there is Heaven, to follow His life and the Bible, and life does get better at the end.”

[resources: book on the afterlife]